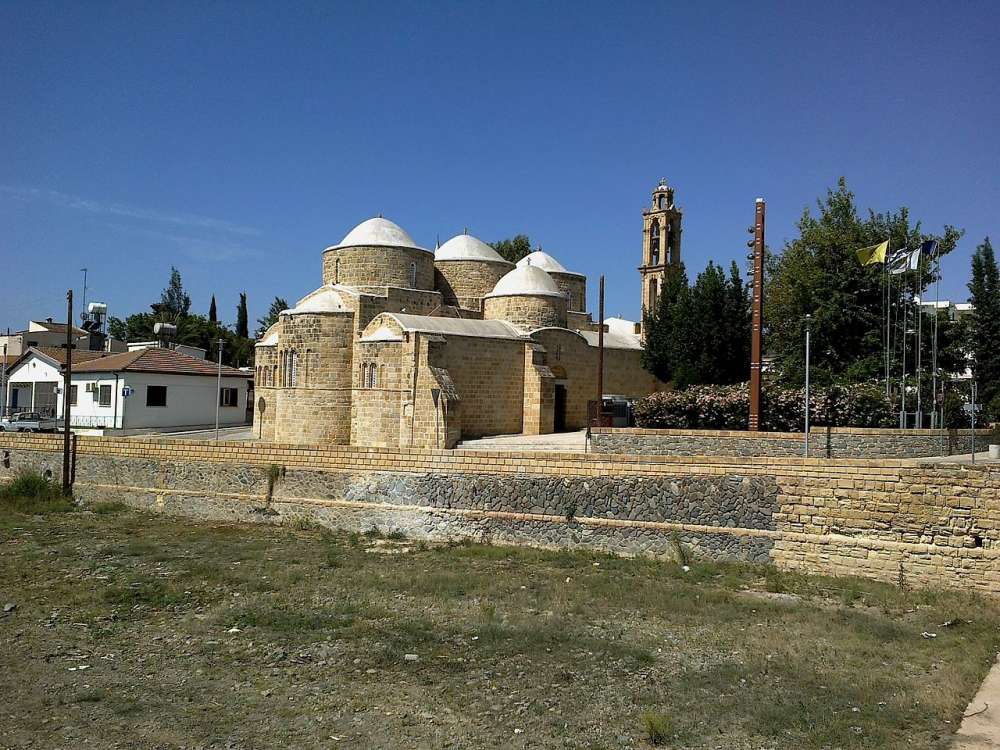 Peristerona is a large village about 32 kilometres west of the capital Nicosia, on the foothills of the Troodos Mountain range in the Morphou basin. It is built on the west bank of the river that bears the same name, which is a tributary of the river Serrachis, at an average altitude of 250 meters.

The population by the 2001 census was 2,173. It is primarily an agricultural village producing citrus-fruit vegetables, cereals olives and almonds. The name Peristerona derives from the Greek word for dove or pigeon (peristeri).

Peristerona has historically always been a mixed village.

Church of St. Barnabas and Hilarion
The church of the Apostles Varnavas and Ilarionas is built on the west bank of Serrahis’ tributary river, Peristeronas, of the homonymous village situated in the valley of Mesaoria.

Along with the church of Agia Paraskevi of Geroskipou, they constitute the only five-domed churches of Cyprus. The church of the Apostles Varnavas and Ilarionas, is dated to the end of the 11th – beginning of the 12th century.

It is quite possible that it replaced an earlier church, which probably belonged to the type of the three-aisled, barrel-vaulted basilica. In 1959, during the course of restricted excavation work in the church’s interior, a semi-circular synthronon was found within the apse, along with the base of a templon screen. Part of the original church’s north wall still survives, incorporated in the western part of the wall of the existing church.

The church belongs to the type of the three-aisled, barrel-vaulted basilica. The nave has three domes. In the centre of the side aisles, the semi-cylindrical vault is interrupted by a smaller dome, which touches upon the sides of the central dome of the nave. Thus, seen from above, a cross-shaped plan on the roof of the church is formed.

The narthex is a later addition with contemporary repairs. The church’s belfry was built in the 19th century. The oldest wall-painting samples belong to the 15th and 16th century.

The 16th century altar-doors of the iconostasis also survive. The plaster fragments of the templon screen belonging to the church’s first architectural phase, dated to the Middle Byzantine period, are on display in the narthex. 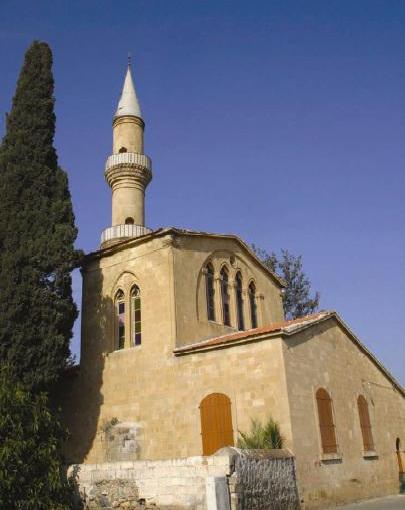 It bears a minaret with two galleries, the second example after the Omeriye mosque in Nicosia.

Built next toa magnificent five-dome Byzantine church, it has many interesting architectural features, such as tinted windows and sculptured parts.

Source: Muslim places of worship in Cyprus (Published by the Press and Information Office, Republic of Cyprus)

Of note is that there are two further villages with the same name in Cyprus one in the district of Paphos and one in Famagusta.

By In Cyprus
Previous articleChristmas Time: Festive pictures from all over Cyprus
Next articleTroodos turns festive for Christmas (pictures+video)