Perdios: UK tourists when country in Group A 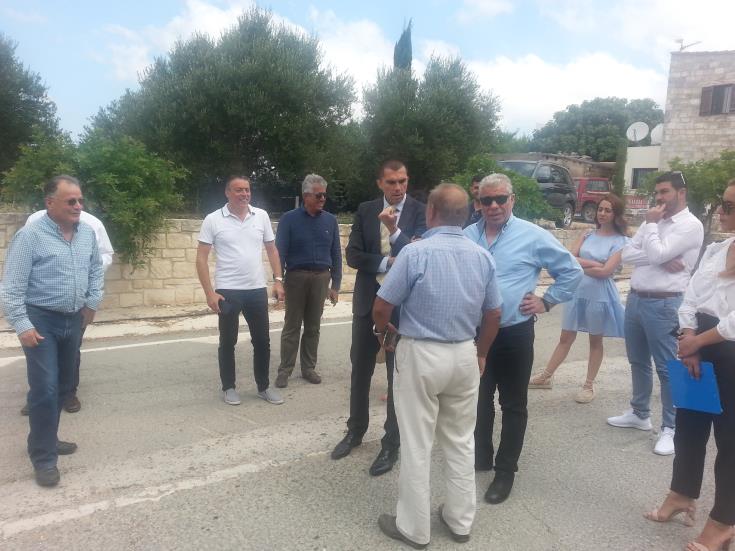 The British tourism market is unlikely to open up as long as the UK is in Group B, which requires arrivals to have tested negative for coronavirus the latest 72 hours before departure, deputy tourism minister Savvas Perdios said on Thursday.

Regarding the British market he said that after tele-conferences with tour operators in recent days, it was clear that they are not interested in Cyprus as long as the UK is in Group B.

The UK is not currently in any group, which means that only Cypriots and legal residents can travel from there to Cyprus. However the government has said the UK will be placed in Group B from August 1 provided that the country’s positive epidemiological results of the last weeks continue.

“Tour operators say they are interested in including Cyprus in their programmes from the moment we are ready to put them in Group A,” he said.

Group A visitors enter Cyprus without a test.

“Therefore we understand that the wait must continue and we will see when we will be ready to welcome this market,” he added.

As regards the reopening of hotels, Perdios noted that numbers were still low and a decision as to which will open and which will decide to stay closed will depend on bookings for the next few weeks.

Given that basic markets, such as Israel and UK, were currently out of the picture because of the classification, things are “particularly difficult for July and highly possibly for August.”

Speaking to CNA earlier yesterday, the president of the Paphos branch of the Cyprus Hotels Association Thanos Michaelides said about 20 hotels will be in operation in Paphos in July though the situation may change at any moment.

July, like June, was at extremely low levels and August is still in doubt. Hoteliers are anxiously waiting for tourism to start from the UK, but the whole situation was still in flux, he added.

Regarding occupancy in the Paphos district, this was 50% to 60% over the weekends and 11% to 12% for the whole month. And he noted that the negative impact of the difficulties being experienced by the tourism sector will be seen in the Cyprus economy by October or November.

“If as Cyprus we manage to bring people to holiday in Cyprus then the economy will be helped and supported,” he said.

Meanwhile, Demetris Kallis, head of the Paphos branch of the association of catering establishments said that the situation was dire with only 250 to 300 of the 800 businesses  open and many only on weekends.

Bars and cafeterias were better off, since they attract young people, while restaurants and taverns have a bigger problem.

On weekends Latchi, and coastal catering establishments in Paphos, Geroskipou and Peyia are busy but business was inadequate to cover the low turnover of other days.

By In Cyprus
Previous articleWeddings with 350 guests from August 22; new relaxations announced
Next articleGovernment welcomes US decision to include Cyprus in IMET programme