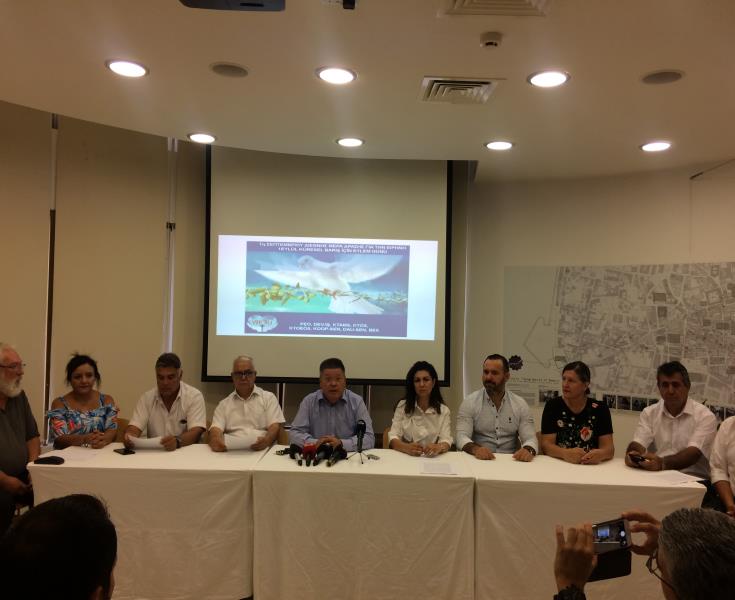 The call is contained in a joint declaration on the occasion of the Day of Action for World Peace celebrating on  September 1.

PEO and the Turkish Cypriot unions DEV-IS, KTOS, KTOEÖS, KTAMS, BES KOOPSEN, DAU-SEN called on the leaders of the two communities to avoid the blame game and work for a solution based on principles that will serve the interests of all Cypriots.

They also announced that they plan to stage a bi-communal rally in early October to demand peace and solution.

“The joint struggle of Cypriot workers to resolve the Cyprus problem and reunify Cyprus is part of the struggle of the peoples of the world for world peace,” said the joint declaration read out by PEO Secretary General Pambis Kyritsis and KTOEÖS chairwoman Selma Eylem at a press conference on Saturday, at the Home of Cooperation.

“For the trade unions and more generally for all the progressive people of this place, the solution of the Cyprus problem remains an urgent need. No conquest of workers can be permanent and stable as long as our homeland remains divided” it added.

The unions said that the visit of the Secretary General’s Special Envoy Jane Hall Lute to the island and her contacts with all the parties involved mark a last effort on the part of the international community to restart the negotiation process and clear the way for the solution.

“This time the effort must be successful for the sake of our common homeland” they noted.

The Unions called on the leaders of the two communities “to work in goodwill and with determination for a solution based on principles that will serve the interests of all Cypriots” and underlined their commitment to “a mutually acceptable bi-zonal, bi-communal federation”.

The also announced their decision to call on all the unions, political parties and social actors representing Greek Cypriots, Turkish Cypriots, Armenians, Maronites and Latins to take part in a meeting with the aim of staging a large bicommunal rally in early October.