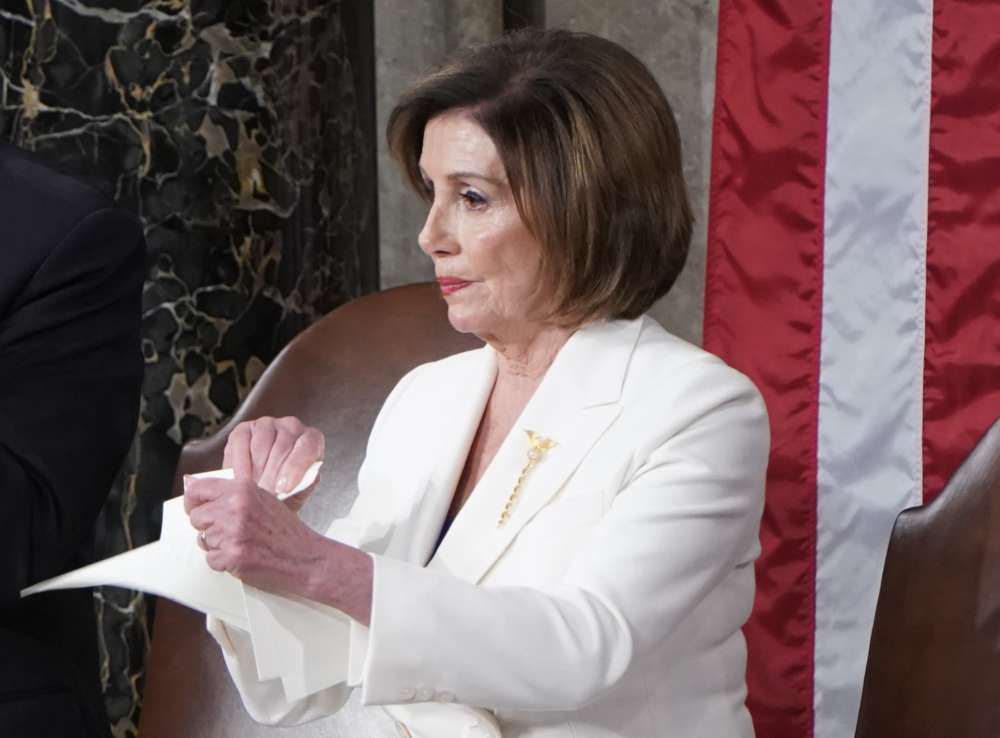 Nancy Pelosi was narrowly re-elected speaker of the U.S. House of Representatives on Sunday, as a new Congress took office amid political uncertainty, with Senate control undecided and a Republican fight looming over presidential election results.

The House voted 216-209 to reinstate Pelosi, after Democrats lost 11 seats in the November elections to command a narrower 222-212 majority. Five Democrats chose not to support her – two voted for Democratic lawmakers who were not running, while three others simply voted “present.”

“As we are sworn in today, we accept a responsibility as daunting and demanding as any that previous generations of leadership have faced. We begin the new Congress during a time of extraordinary difficulty,” Pelosi said in a floor speech that noted the deaths of more than 350,000 Americans from the COVID-19 pandemic.

“Now is a time for our nation to heal. Our most urgent priority will continue to be defeating the coronavirus. And defeat it, we will,” she added, pledging that further aid would follow the latest $892 billion package that Congress passed in December.

The Senate remains Republican run ahead of twin elections in Georgia on Tuesday, giving its members a platform to again air President Donald Trump’s baseless claims that his loss to Democratic President-elect Joe Biden was the result of fraud.

Multiple state and federal reviews have found no evidence of the sort of widespread fraud Trump claims, but Republican senators and House members plan to challenge the election result when Congress certifies it on Wednesday.

“It appears to be more of a political dodge than an effective remedy,” Graham said in a statement. “I will listen closely. But they have a high bar to clear.”

The narrower balance of power in both chambers this year could also encourage moderates from each party to flex their political muscles, especially after Trump leaves the White House on Jan. 20 and Biden, who ran as a centrist, takes office.

But leaders in both the House and Senate tried to sound optimistic despite mounting challenges.

“From political division to a deadly pandemic to adversaries around the world, the hurdles before us are many and they are serious,” Senate Majority Leader Mitch McConnell said on the Senate floor.

“But there is also plenty of reason for hope,” the Kentucky Republican added, citing the ongoing rollout of coronavirus vaccine. “I’d say 2021 looks bright already.”

House Majority Leader Steny Hoyer, the chamber’s No. 2 Democrat, also said in a statement he hoped the new Congress would “turn the page” on partisan division “and begin a new chapter of cooperation among Democrats and Republicans.”

But the smaller Democratic majority and the still-raging coronavirus pandemic made re-election as speaker trickier for Pelosi, the only woman ever to hold the job.

“It’s not personal. It’s not malicious. It just represents a feeling in my district,” Democratic Representative Elissa Slotkin of Michigan told reporters before voting “present.”

“We need a different crop (of leaders) that represents a broader swath of the country,” Slotkin said.

The smaller caucus meant less room for dissident Democrats to vote against Pelosi without risking a possible win for Republican leader Kevin McCarthy, who opposed her.

“We are just (an) extremely slim amount of votes away from risking the speakership to the Republican Party,” said Democratic Representative Alexandria Ocasio-Cortez, a progressive who wants new leadership but still backed Pelosi.

“It’s bigger than any one of us. And that is consequential,” she added.

In the Senate, Vice President Mike Pence swore in 32 senators on Sunday, administering the oath of office in pairs due to COVID-19 restrictions.

A Republican win of one or both Georgia Senate seats up for election on Tuesday would cement the Republican majority led by McConnell.

Twin Democratic wins in Georgia would produce a 50-50 Senate, where Democratic Vice President-elect Kamala Harris would hold the tie-breaking vote once she is sworn in on Jan. 20.

By Annie Charalambous
Previous articleWikiLeaks’ Assange to hear UK judge’s ruling on extradition to US
Next articleImminent total lockdown looms over Cyprus, final decisions on Thursday