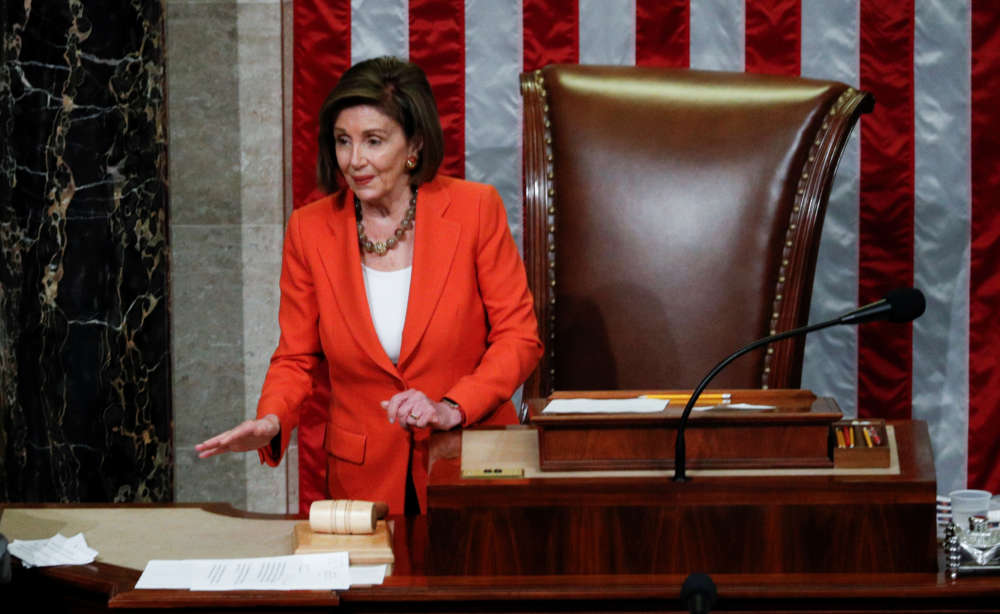 U.S. House of Representatives Speaker Nancy Pelosi on Thursday said she has instructed the House Judiciary Committee to draft articles of impeachment against President Donald Trump over his effort to pressure Ukraine to investigate a political rival.

“The facts are uncontested. The president abused his power for his own personal political benefit at the expense of our national security by withholding military aid and (a) crucial Oval Office meeting in exchange for an announcement of an investigation into his political rival,” Pelosi said in a televised statement.

“Sadly, but with confidence and humility, with allegiance to our Founders and our hearts full of love for America, today I am asking our chairman to proceed with articles of impeachment,” she added, referring to House Judiciary Committee Chairman Jerrold Nadler.

Pelosi made the remarks a day after the Judiciary Committee held a hearing in which three constitutional law experts called by Democratic lawmakers said Trump had engaged in conduct that represents impeachable offenses under the Constitution.

The House Intelligence Committee this week submitted findings from its inquiry into Trump’s push for Kiev to launch an investigation related to former U.S. Vice President Joe Biden, a top contender for the 2020 Democratic presidential nomination.

Trump also wanted Ukraine to look into the discredited theory that Ukraine, not Russia, meddled in the 2016 U.S. election.

Democrats have accused Trump of abusing his power by withholding $391 million in security aid to Ukraine – a U.S. ally facing Russian aggression – to pressure Ukrainian President Volodymyr Zelenskiy to announce the investigation.

Trump has denied any wrongdoing and called the impeachment investigation a hoax.

What happens next and why Trump is unlikely to be removed from office are both explained here:

The founders of the United States feared presidents abusing their powers, so they included in the Constitution a process for removing one from office.

The president, under the Constitution, can be removed from office for “Treason, Bribery, or other high Crimes and Misdemeanors.”

High crimes and misdemeanors have historically encompassed corruption and abuses of the public trust, as opposed to indictable violations of criminal statutes.

Former President Gerald Ford, while in Congress, famously said: “An impeachable offense is whatever a majority of the House of Representatives considers it to be at a given moment in history.”

No president has ever been removed as a direct result of impeachment. One, Richard Nixon, resigned before he could be removed. Two, Andrew Johnson and Bill Clinton, were impeached by the House but not convicted by the Senate.

HOW DOES IT WORK?

Impeachment begins in the House, the lower chamber, which debates and votes on whether to bring charges against the president via approval of an impeachment resolution, or “articles of impeachment,” by a simple majority of the body’s members.

The House Intelligence Committee has conducted an investigation into whether Trump abused his power to pressure Ukraine to launch investigations that would benefit him politically, holding weeks of closed-door testimony and televised hearings before issuing a formal evidence report.

The Judiciary panel will use the report to consider formal charges that could form the basis of a full House impeachment vote by the end of December.

If the House approves articles of impeachment, a trial is then held in the Senate. House members act as the prosecutors; the senators as jurors; the chief justice of the United States presides. Historically, the president has been allowed to have defense lawyers call witnesses and request documents.