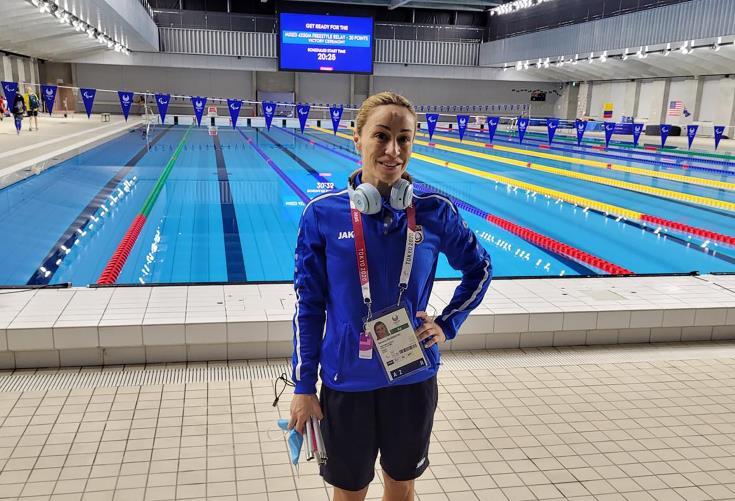 Pelendritou “raises the Cypriot colours high for the fourth Olympiad,” he said in a post on Twitter