Pedestrians hurt when car smashes into barriers outside UK parliament 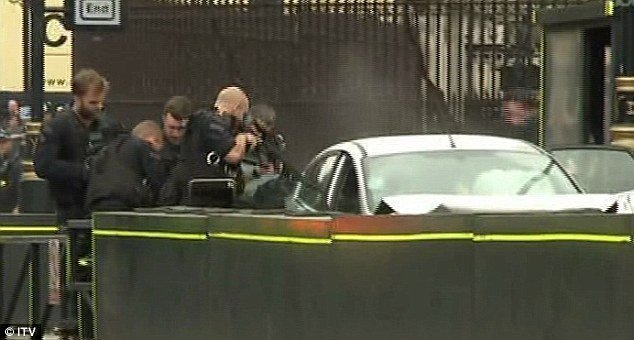 A number of people were injured when a car collided with security barriers outside London’s parliament building on Tuesday and the driver was arrested, police said.

None is believed to be in a life-threatening condition, police said.

Police said they could not immediately determine whether the incident was terrorism-related.

“The male driver of the car was detained by officers at the scene. A number of pedestrians have been injured. Officers remain at the scene. We will issue further info when we have it,” London’s police force said in a statement on Twitter.

A spokeswoman said: “We’re still trying to piece it together.”

Footage on social media showed a handcuffed man being led away by heavily armed police.

Westminster Underground station, close to parliament, was closed and the building was cordoned off. No one was being allowed entry to parliament. As parliament is in recess for summer, most lawmakers are not using the building.

In March 2017, Khalid Masood, 52, killed four people on nearby Westminster Bridge before he stabbed to death an unarmed police officer in the grounds of parliament. He was shot dead at the scene. It was the first of five attacks on Britain last year which police blamed on terrorism.