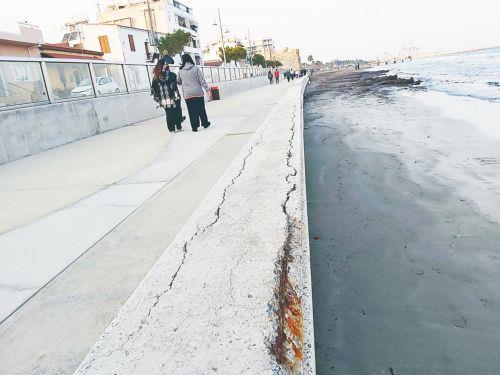 A pedestrian lane which is to be three to four kilometers long will be built exactly where the oil and gas facilities on Larnaca’s coast now stand.

This is what town mayor Andreas Vyras has said, adding that the seaside walkway will be similar to that on the recently revamped Piale Pasha area.

“This is part of the rejuvenation plan for this long-distressed area and its implementation is to begin within the near future,” he also told Philenews.

The long-standing demand for the demolition of fuel and gas storage tanks on the town’s coast will be realised before the end of this year.

Fuel and gas industry stakeholders have already committed to complete work for the transfer of their oil tanks to the fuel terminals at Vasiliko.

Piale Pasha is the strip that bridges the beaches of Foinikoudes and McKenzie with the new sea road currently being the favourite spot for a stroll, run and cycle.

By Annie Charalambous
Previous articleCovid-19 vaccination portal open over the weekend for ages 31 to 34
Next articleUK reopens foreign holidays to just a handful of countries, Cyprus placed on category B