Pasta, toilet paper and flour sold out in some London supermarkets 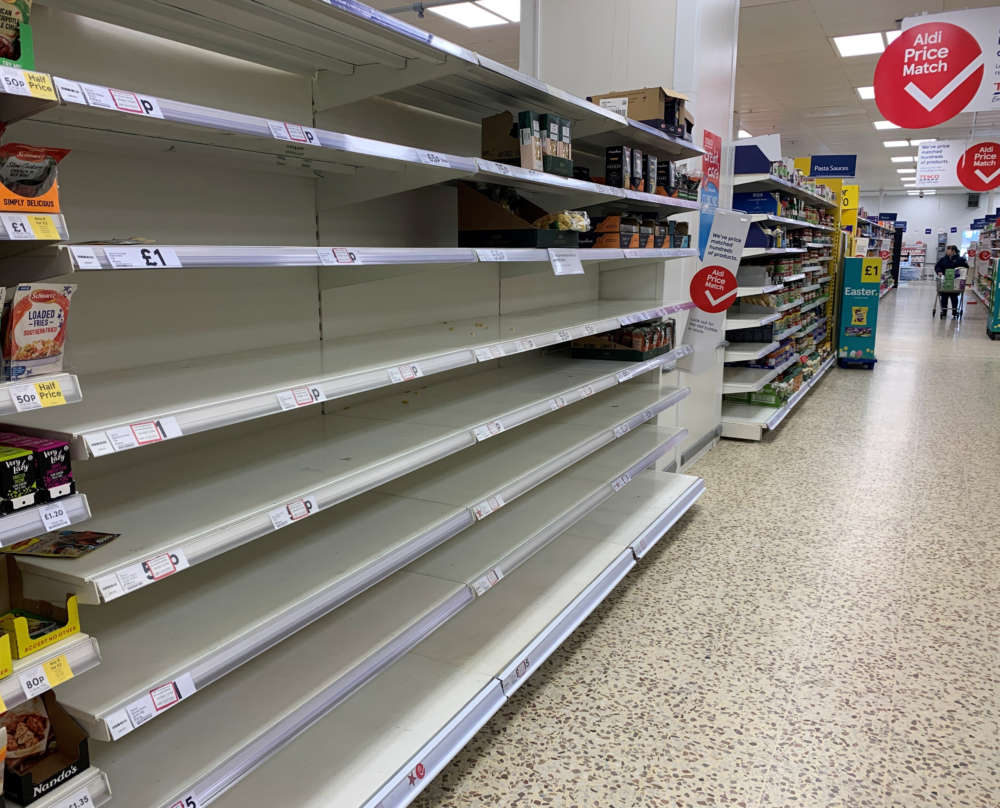 An increasing number of supermarket shelves in London were empty on Friday as people rushed to buy pasta, toilet paper, flour and frozen food after the government ordered people with coronavirus to isolate themselves.

British supermarket bosses have urged people not to panic and said that they can keep shelves stocked but anecdotal evidence from across London indicates many people are hoarding basics.

British supermarket group Morrisons said on Friday it planned to pay its smaller suppliers within 48 hours to help them get through the outbreak.

The British government has faced questions over why it is not yet taking the more stringent measures seen in many other countries. Prime Minister Boris Johnson defended his approach, saying the government was following scientific advice and would “do the right thing at the right time”.

By In Cyprus
Previous articleGreece swears in first female president, no handshakes amid coronavirus
Next articleCoronavirus: Ministry of Transport issues instructions for transport companies