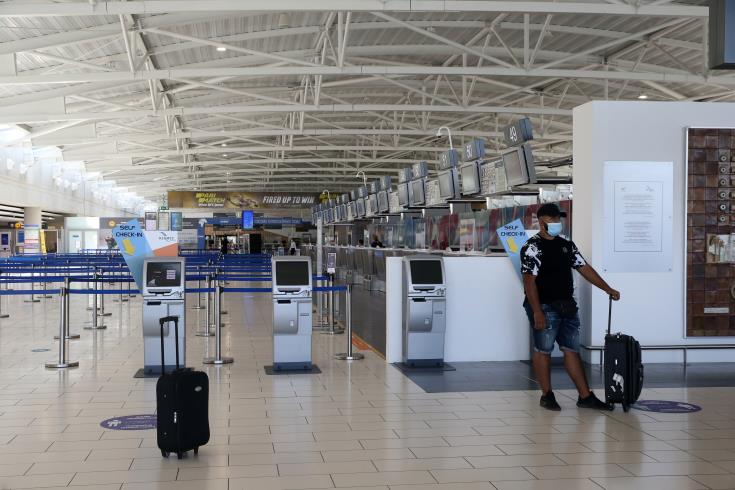 People arriving to Cyprus from countries categorized according to their epidemiological situation into categories A and B will have, as of Saturday February 6, to self-isolate for 72 hours and undertake a PCR test 72 hours after their arrival, the Council of Ministers decided on Wednesday, with a view to reinforce measures taken at the airports of the Republic since the resumption of their operation in the summer of 2020.

A press release issued by the Health Ministry said that the cost for the PCR test to be carried out 72 hours after their arrival will be undertaken by the citizens.

This is an additional measure to those which are already in effect for people arriving to Cyprus, according to the country they are coming from. According to the press release, the decision was taken bearing in mind the international literature which refers to an increased transmissibility and an aggressive spread of the new SARS-CoV-2 variants, as well as the grave concerns at the European level due to the fact that they are traced in several EU states.

The Health Ministry noted that passengers arriving from Category B countries are still obliged to present a negative PCR test carried out 72 hours before their departure, while sample laboratory tests continue to be carried out in Larnaca and Paphos airports. It is also reminded that all passengers, irrelevant of their country of departure, have to fill the Cyprus Flight Pass.

The Council of Ministers also decided on Wednesday the gradual lifting of restrictions in the sports sector, as of February 8 as well as the reopening of theatres and cinemas on the same day.