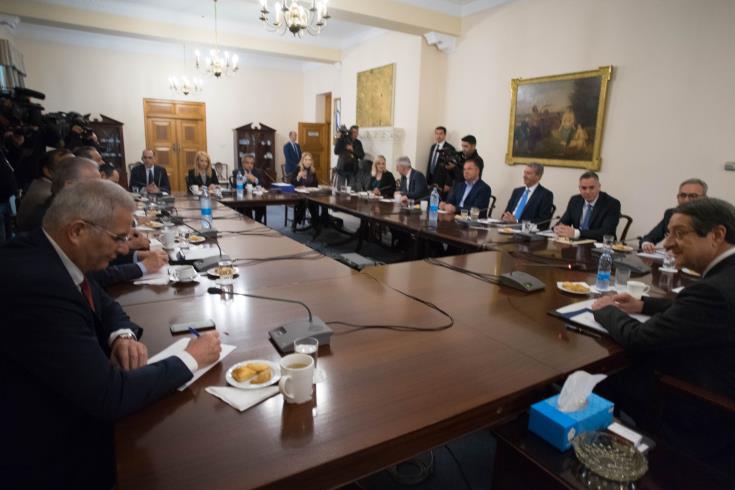 The Council of political party leaders convenes on Tuesday to discuss the latest developments to the Cyprus problem under the light of a proposal of Turkish Cypriot leader Mustafa Akinci for the joint management of natural resources and Turkish illegal activities in the Cypriot EEZ.

The meeting will be held in Limassol and will commence on 10:30 local time.

A government source has told CNA that Nicosia will issue its official position concerning Akinci’s proposal following the meeting. The same source highlighted that political party leaders should be briefed on the Turkish Cypriot proposal, which has been also submitted to the UN Secretary General.

Akinci’s proposal was handed over last Sunday to Anastasiades by the Head of the office of the UN Secretary General`s Special Representative in Cyprus, Sergiy Illarionov.