Part of Omirou avenue, at the centre of Nicosia, closed for 16 months (map) 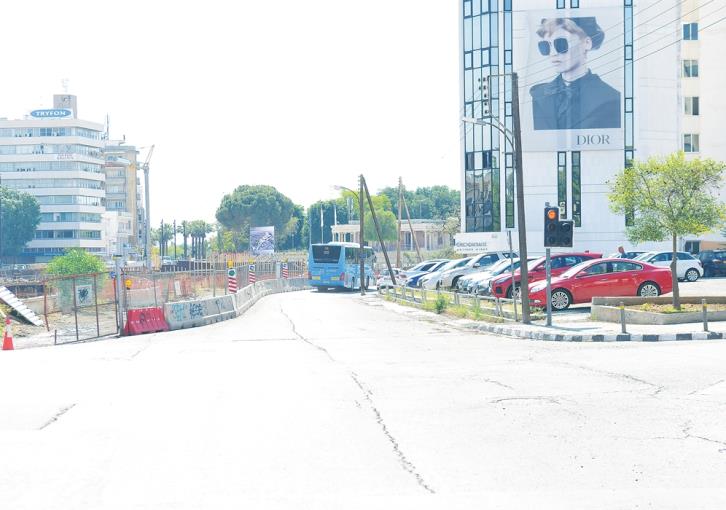 8.000-9.000 drivers who use Omirou avenue every day will have to endure for at least 16 months until the construction of the new underground parking facilities is over. The biggest traffic jams are expected around 3 PM, when public officers living in Pallouriotissa, Kaimakli and parts of Aglantzia return from work.

According to plans, the construction will be finished by September 2019. However, it just began today, even though it was exected to start on March 5th. The underground parking will consist of two stories and will have enough space for 160 cars. The plan is funded by joined EU, government and municipal funds.

The traffic on the three lanes of Omirou Street, towards Stassinos Avenue, will follow this course for the next few months: 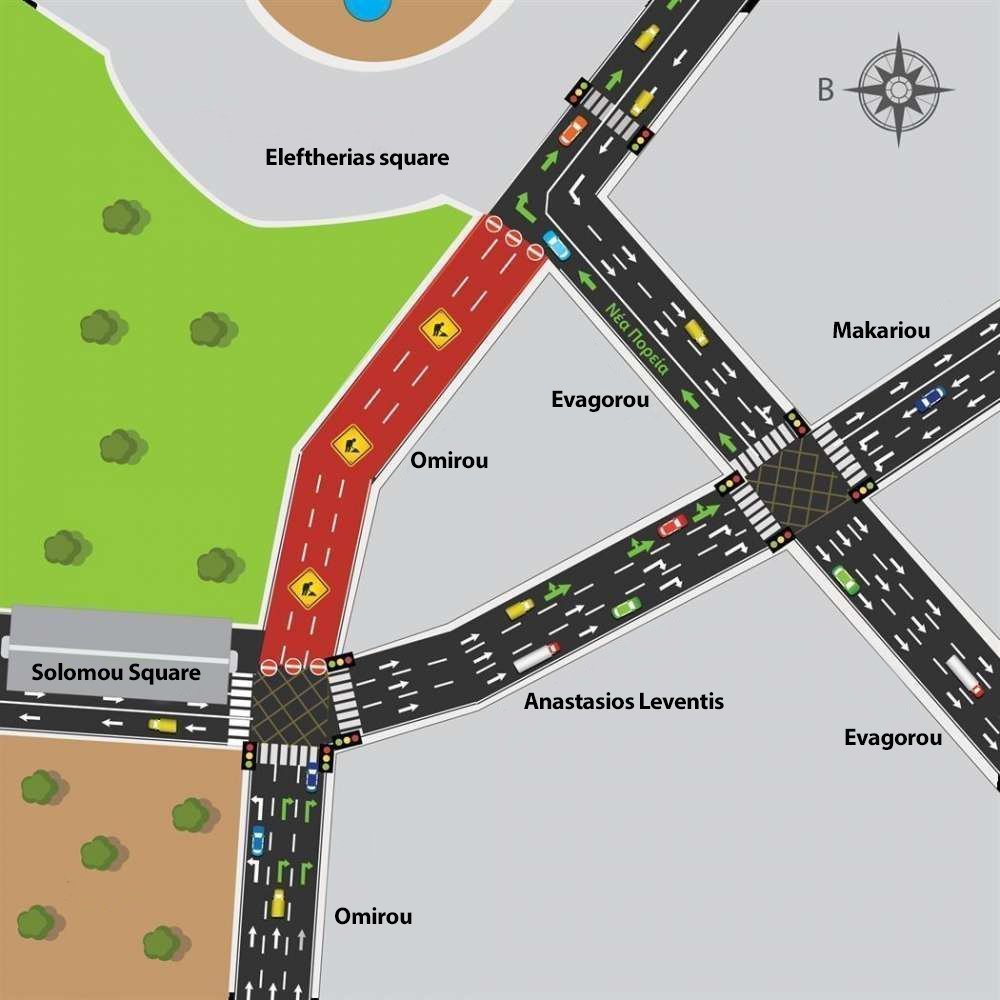 In short the main changes are as follows:

● The middle lane that followed a straight path towards Stassinou Boulevard is changing, with a compulsory turn to the right to Anastasios G. Leventis Street.

● The left lane of Anastasios G. Leventis Street, which until now has been heading straight ahead towards Makariou Avenue, is being constructed and will allow for a turn to the left where, through Evagorou Avenue, the vehicles will be directed to Stassinos Avenue.

By In Cyprus
Previous articleChaotic situations in hospitals as public health sector struggles to heal itself
Next articleMouzos at court with bulletproof vest: renewal of detention for six more days