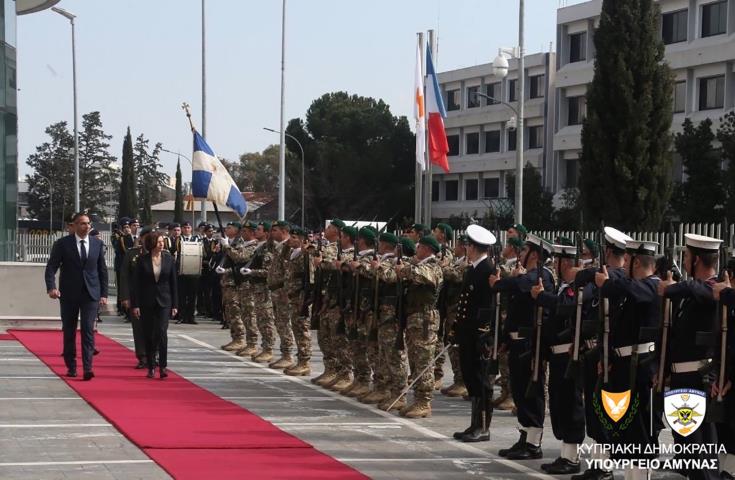 Parly, who is paying a visit to Cyprus, met both President Nicos Anastasiades and Minister of Defence Savvas Angelides who briefed her Turkey’s continued illegal provocations in Cyprus’ EEZ,  its behaviour in the Eastern Mediterranean, the consequences of this behaviour in relation to migration flows, and in general security in the Eastern Mediterranean.

The French Minister assured that her country would contribute decisively towards maintaining the International Law of the Sea in the Eastern Mediterranean.

According to a press release, it was decided that the French navy would continue to be present in the region, and that mechanisms for the participation of other countries in joint exercises would be activated, thus sending the right messages to anyone creating conditions of instability in the region and violating the International Law of the Sea.

The two Ministers reviewed bilateral cooperation and agreed to strengthen it, both on a bilateral and European level.

They also discussed issues of military cooperation and expressed their mutual will to enhance it.