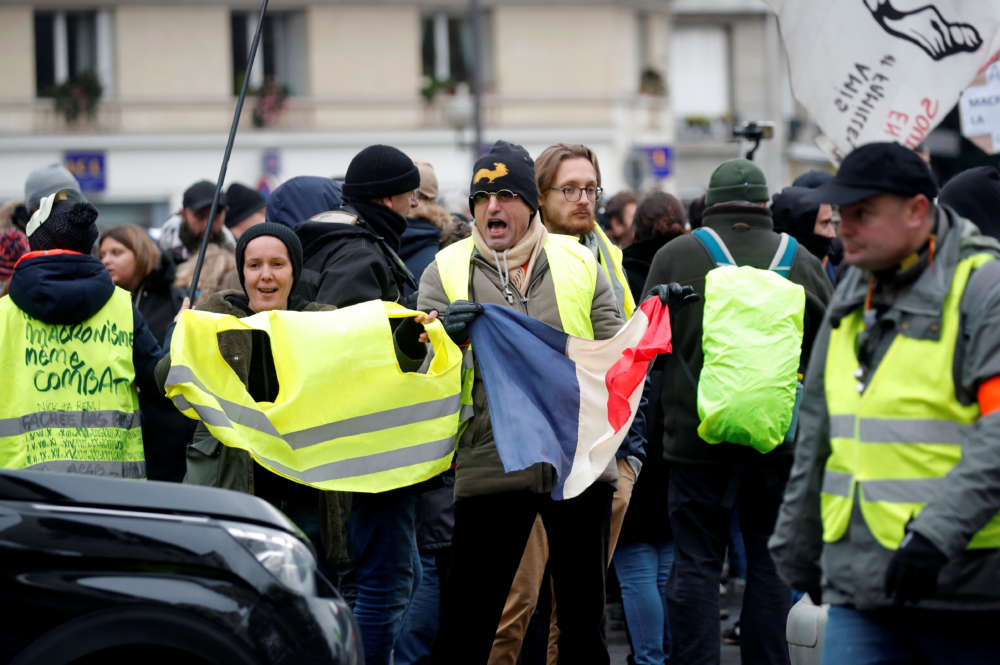 Clashes broke out between demonstrators and police near the Porte de Champerret as protesters were preparing to march across town towards Gare d’Austerlitz in southern Paris while police also intervened to prevent a few hundred demonstrators from occupying the Paris ring road, according to Reuters TV footage.

Paris police said 24 people had been arrested by 0950 GMT.

The so-called Yellow Vest protests erupted in mid-November 2018 originally over fuel price hikes and the high cost of living but spiralled into a broader movement against President Emmanuel Macron and his drive for economic reforms.

Protests have lost strength in recent months, going from tens of thousands of participants to just a few thousand, but its leaders have called to re-mobilise this Saturday, to celebrate the first anniversary.