Paris in lockdown as France braces for new anti-Macron riots 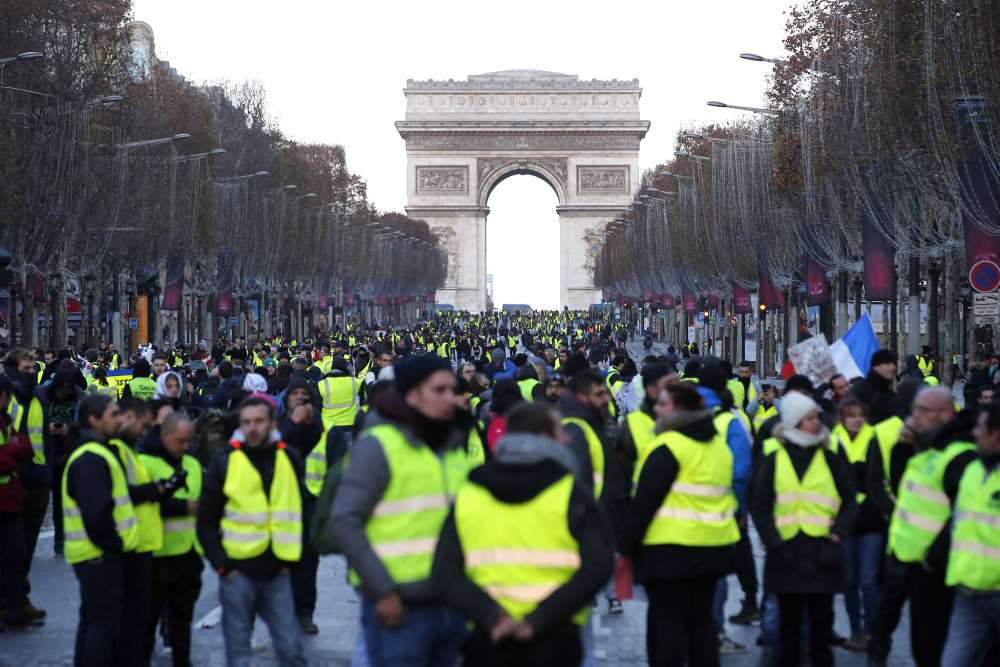 Paris looked like a ghost town early on Saturday, with museums, department stores and the metro closed as riot police braced to meet “yellow vest” protesters in the capital and other French cities in a fourth weekend of confrontation over living costs.

In what should have been a festive pre-Christmas shopping day, tourists were few and residents were advised to stay at home if at all possible.

Dozens of streets in central Paris were closed to traffic, while the Eiffel Tower and world-famous museums such as the Musee d’Orsay, the Centre Pompidou and the Louvre were closed.

Many shops were boarded up to avoid looting and street furniture and construction site materials have been removed to prevent them from being used as projectiles.

“I hope they don’t make it as far as here,” said Anthony, a fruit stall vendor in the residential left bank, who declined to give his surname. He said 11 other open-air food markets across the city had been closed.

About 89,000 police were deployed across the country.

Of these, about 8,000 were deployed in Paris to avoid a repeat of last Saturday’s mayhem when rioters torched cars and looted shops off the famed Champs Elysees boulevard, and defaced the Arc de Triomphe monument with graffiti directed at President Emmanuel Macron.

By about 0845 GMT police said there were about 1,500 protesters on the Champs Elysees. There were no reports of violence.

“We have come here for a peaceful march, not to smash things. We want equality, we want to live, not survive,” said Guillaume Le Grac, 28, who works in a slaughterhouse in the town of Guingamp in Britanny.

Protesters, using social media, have billed the weekend as “Act IV” in a dramatic challenge to Macron and his policies.

The protests, named after the high-visibility safety jackets French motorists have to keep in their cars, erupted in November over the squeeze on household budgets caused by fuel taxes.

Demonstrations have since swelled into a broad, sometimes violent rebellion against Macron, a challenge made more difficult to handle since the movement has no formal leader.

Authorities say the protests have been hijacked by far-right and anarchist elements bent on violence and stirring up social unrest in a direct affront to Macron and the security forces.

“The troublemakers can only be effective when they disguise themselves as yellow vests. Violence is never a good way to get what you want. Now is the time for discussion,” he said.

Macron, whose popularity is at a low ebb according to polls, has been forced into making the first major U-turn of his presidency by abandoning a fuel tax.

Despite the climbdown, the “yellow vests” continue to demand more concessions from the government, including lower taxes, a higher minimum wage, lower energy costs, better retirement benefits and even Macron’s resignation.

One of them, Eric Drouet, a truck driver, called on protesters to storm into the Elysee presidential palace. An Elysee official has said intelligence suggested that some protesters would come to the capital “to vandalise and to kill”.

Macron, who has not spoken in public since he condemned last Saturday’s disturbances while at the G20 summit in Argentina, will address the nation early next week, his office said.