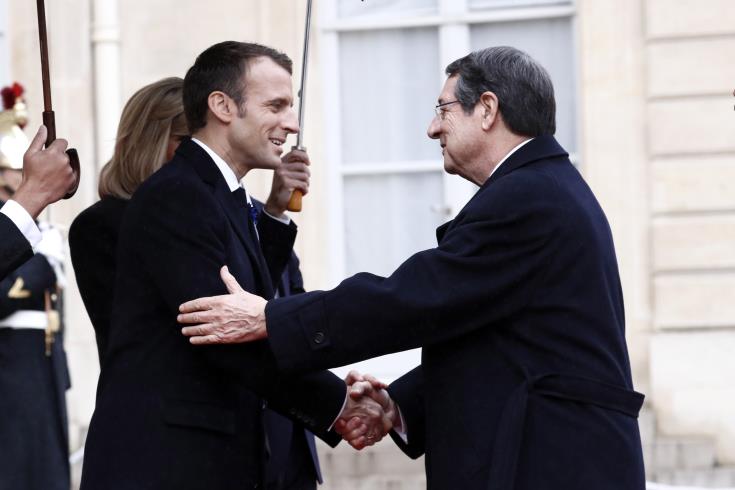 President of Cyprus Nicos Anastasiades had a series of brief contacts with world leaders in Paris, at the margins of events commemorating the centenary of the First World War. Among others, he met briefly with Turkish President Erdogan, but as CNA learns, the two men did not discuss the Cyprus issue.

In particular, at the margins of a dinner hosted on Saturday evening by French President Emmanuel Macron and his spouse at Musee d’Orsay for world leaders attending the events, President Anastasiades had the opportunity to have separate conversations with Russian President Vladimir Putin, Prime Minister of Canada Justin Trudeau and other leaders.

At the same time, the President of Cyprus had a brief conversation “of a social nature” with Turkish President Recep Tayyip Erdogan, however, the same sources have told CNA that “nothing was mentioned about the Cyprus issue” during this encounter.

The President also spoke with host, Emmanuel Macron, both during yesterday’s dinner, as well as today.

Before departing from Paris later on Sunday, the President would also attend the Paris Peace Forum, to be addressed by German Chancellor Angela Merkel and UN Secretary-General Antonio Guterres.

The President returns late on Sunday to Cyprus, and on Monday morning he is chairing the National Council, the country’s top advisory body the membership of which includes parliamentary party leaders, in order to brief members about his October 26 meeting with Turkish Cypriot leader Mustafa Akinci and his October 31 meeting with Jane Holl Lute, the UN SG envoy.