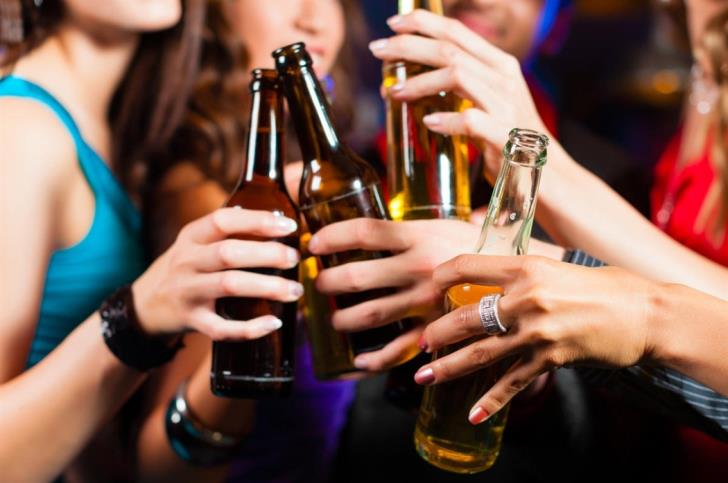 Parents have sounded the alarm over a spike in teenage drinking, the Cyprus News Agency reports.

It said that European and local studies show that minors consume more than five drinks on an outing and are rarely asked to show they are old enough to drink.

The announcement of the Secondary School Parents Association follows news that a 13 year old girl from Limassol was hospitalised in a semi-conscious condition after consuming a large quantity over the weekend. And last month a teenage boy died in Larnaca after ingesting his own vomit, with tests later showing 340 ml of alcohol in his blood.

Yesterday, police spokesman Andreas Angelides said police had received 52 complaints concerning the sale of alcohol to minors in the past three years.

According to a study carried out by ESPA Cyprus had the third highest percentage of minors using alcohol among 47 countries, with the trend showing an increase particularly among young girls.

The parents’ association said that minors consume more than five drinks on every outing and that according to a University of Cyprus study commissioned by Cyprus’ National Addictions Authority among 200 outlets selling alcohol, only 11 asked for proof of age.

Even more tragic are the incidents which are becoming more frequent and increasingly dangerous, as well as the lower age at which children begin to consumer alcohol,the association said, and referred to the case of the teen boy in Larnaca and the girl in Limassol.

“As a society we have once more failed to protect our children,” the association said.

“Unfortunately, despite all the data we parents do not appear to be as concerned as we should be that the lives of our children are at risk and that we need to act, demanding from the authorities to take action without any delay and to take all necessary measures to eradicate this dangerous phenomenon,” it added.

Outlets are selling alcohol and tobacco without being checked, clubs and other establishments are allowing entry and the consumption of alcohol by minors without hesitation and in blatant violation of the law, the association said.

Moreover, youngsters are organising parties at clubs with an entrance fee that includes an open bar, with no controls, until 3 or 4 am and rather than doing something about it, parents are allowing their children to participate, the announcement added.

Parties organised in houses where alcohol is consumed with the consent or the tolerance of the parents are particularly worrying, which is why responsibility rests first and foremost with parents who must do their bit before they demand the state act, it concluded.