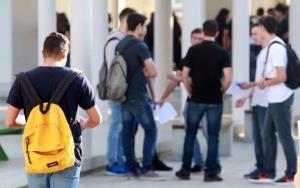 Organized parents of Secondary Education students have alerted the relevant authorities in regards to the measures that need to be taken in order to prevent any unfortunate situations during the first day of schools opening in September.

The reason for the parents’ concern is the tradition of certain groups of students to gather at Lyceums from the previous night and spray-painting offensive slogans, using fireworks and placing banners.

The matter was brought up by the President of the Pancyprian Confederation of Parents’ Associations of Public Secondary Schools Charalambos Dionysiou (Pasygome), following a meeting the Confederation had with the Minister of Education Prodromos Prodromou last Wednesday.

Dionysiou mentioned that this custom by certain students on the first day of school causes deep concern.

In order to prevent such situations, both the police and school principals will remain vigilant.