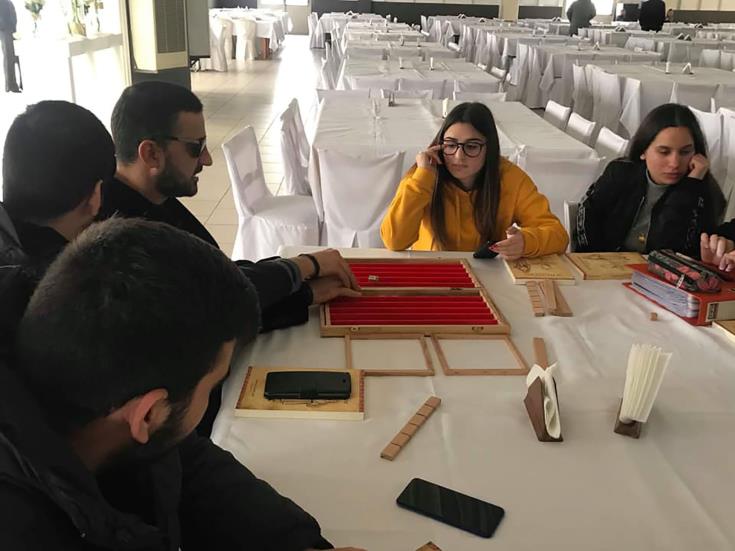 Paralimni high school pupils have made a backgammon set for the blind as part of the Junior Achievement competition.

The pupils set up a company under the name Games4All. One of the pupils, managing director Constantinos Christofi, said the aim was to create a product that would offer pleasant and creative entertainment for the visually impaired.

With the guidance of their economics teacher Panicos Stephani, they made the backgammon set which they presented during an event organised by the Pancyprian Organisation for the Blind in Paralimni on Sunday.

Organisation president Christakis Nicolaides noted that the pupils had adopted internationally accepted specifications for the visually impaired to make the game. He welcomed their initiative which he said gave pupils the opportunity to appreciate the obstacles facing the blind and those with partial vision in accessing entertainment.