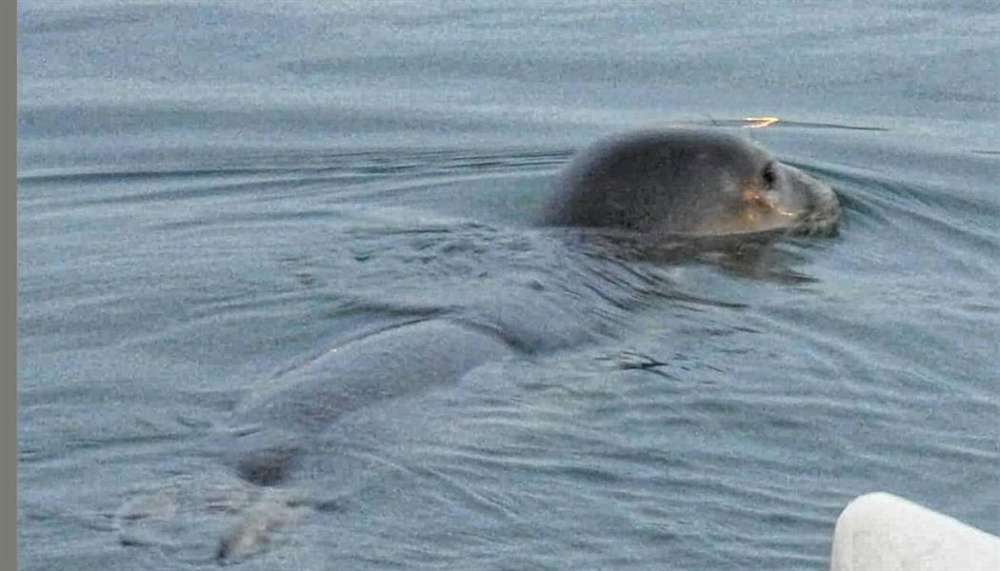 Two seals made an appearance at Dimotika Bania in Kato Paphos on Tuesday, delighting both winter swimmers and visitors who were out and about enjoying the winter sun.

The reappearance of the two Mediterranean monk seals was welcomed by the winter swimmers who are in the area throughout the year.

Their president Matheos Ierikipiotis said it would be a pleasant development should the two become regular visitors to the area and urged everone and particularly fishermen to respect and protect them.

Last month, the Fisheries Department announced that Cyprus’ seal population had been boosted to 19 following the birth of Iris, Navsika and Triton in the Limassol and Paphos districts in September, October and December 2019 respectively.

The Mediterranean monk seal (Monachus monachus) is the most endangered type of seal in the world and the only kind in the Mediterranean. Fewer than 20 of them have been recorded living in Cyprus.

The seals had practically disappeared from the sea of Cyprus in the period of 1960 to 2010 but has started to make a comeback, with a small, local population  now reproducing here.