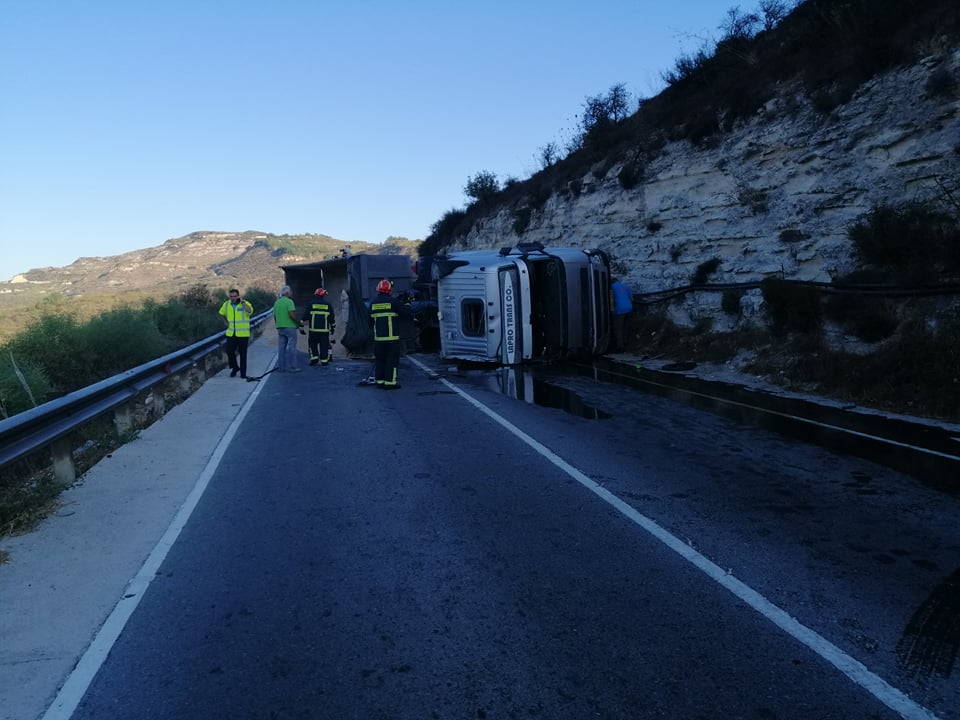 A large truck transporting sand overturned on the Paphos-Polis Chrysochous road on Tuesday morning at the Lemonari area between Stroumbi and Polemi, prompting police to divert traffic on to other roads.

The driver was trapped in the truck and had to be cut free by the fire service. He was taken to Paphos Hospital by ambulance and has been hospitalised with fractures to the legs.

The accident led to a traffic jam. The road has been closed and vehicles are being diverted on the Polemi, Kellepia and Tsada roads.

Philenews said that under conditions which are being investigated the driver of the articulated vehicle lost control of his vehicle which overturned and came to a stop on the road, cutting off traffic in both directions and scattering sand on to the road surface.

The fire service cut the driver loose and started clearing the road surface while work got underway to remove the truck. 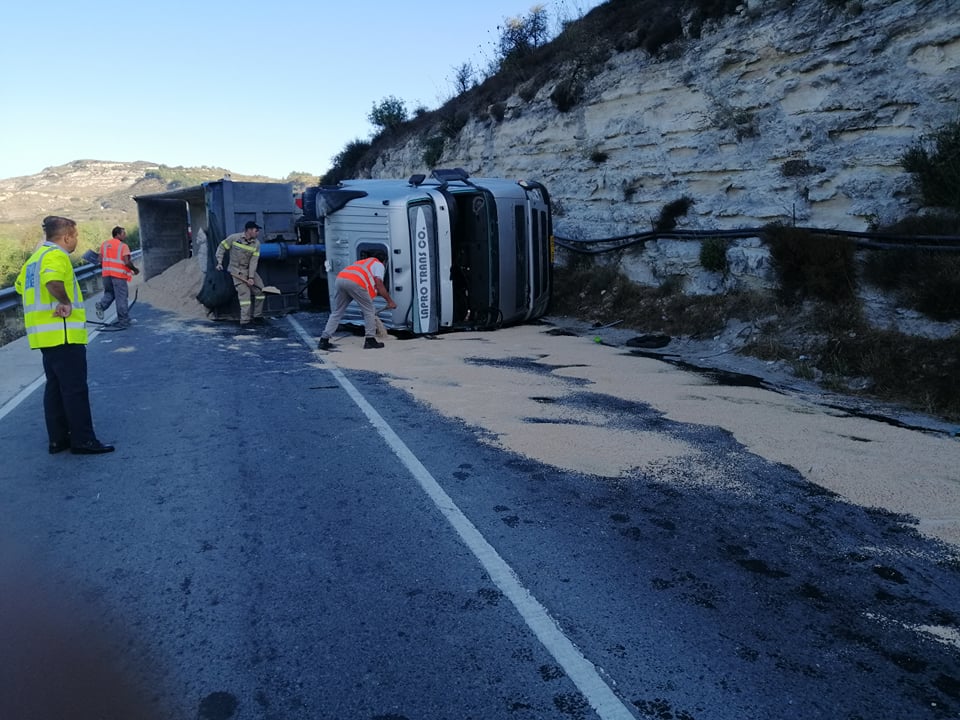 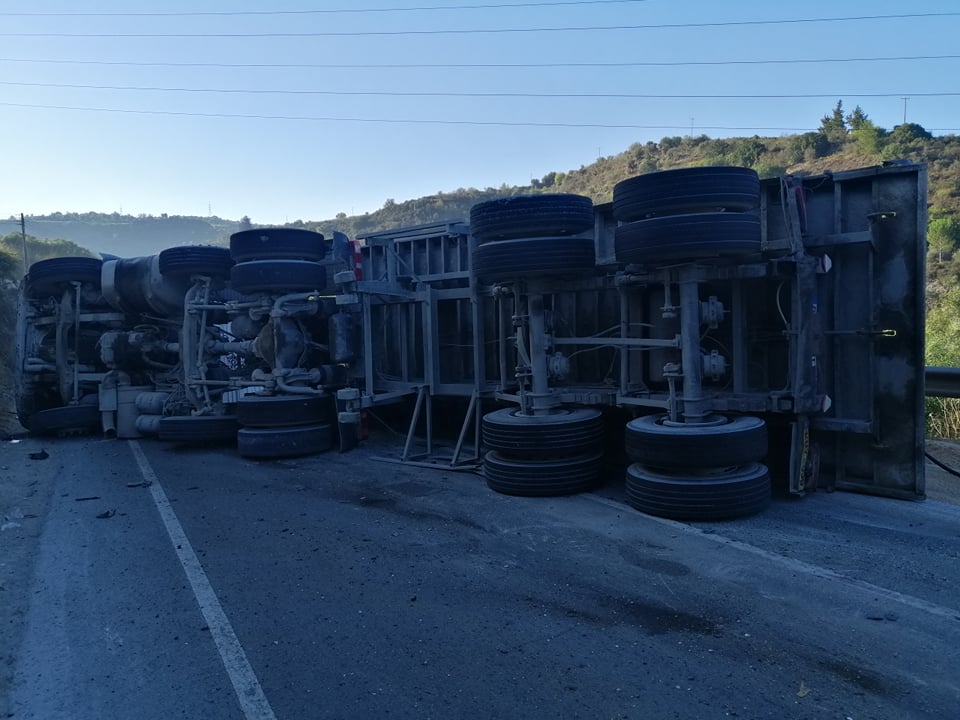 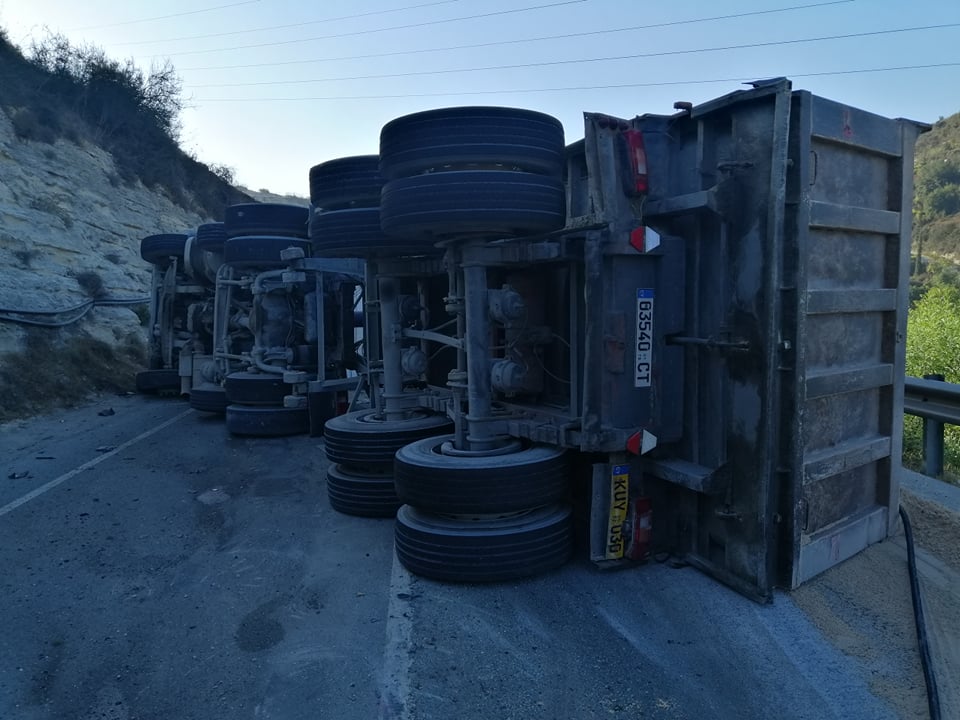