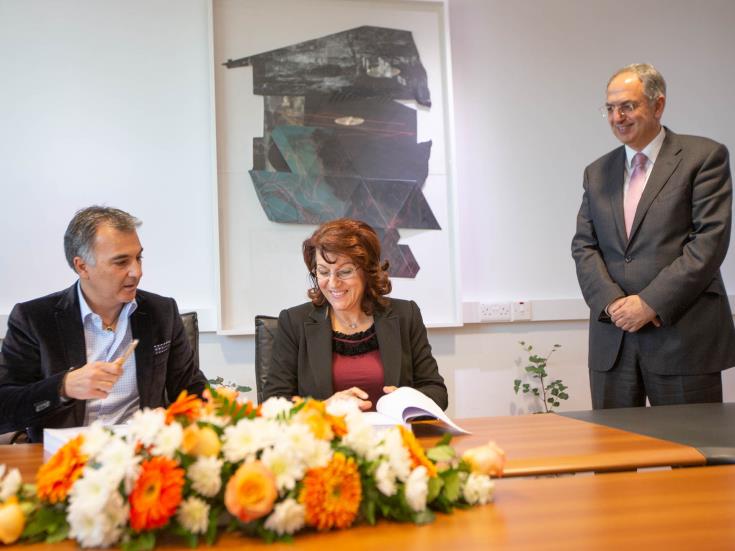 A contract for a desalination plant in Paphos was signed on Thursday to ensure the area’s needs for  water can be met, irrespective of rainfall levels.

“We are preparing so that we can deal with the droughts that will come in future years,” Agriculture Minister Costas Kadis said after the agreement was signed by representatives of the Water Development Board and Caramondani Desalination Plants Ltd.

The desalination plant is in line with the government’s policy to break dependence on the weather, he said.

Kadis expressed satisfaction with the increased inflow of water into the dams this winter, but said the trend over recent years was for less rainfall because of climate change. The years of  abundant rain, such as 2018-2019,  are becoming less frequent, he added.

The desalination plant was one of several infrastructure projects that will improve the water equilibrium in Cyprus, adding that he will soon be submitting a comprehensive water policy to cabinet.

This will focus on managing water resources and dealing with drought not only by projects which will increase available water but that will also introduce better management of these resources.

“The contract is being signed during a period of abundant rain and it is a good opportunity to send the message that the rainfall has not made us complacent and that we are fulfilling the pledges we have made. The consequences of climate change and the continued increase in demand for water leave no room for complacency,” he said.

The contract covers a period of 25 years and includes the desalination plant as well as the construction of a water storage tank with a capacity of 15,000 cubic metres.

Its completion will bring the number of desalination plants in Cyprus to five with a capacity of meeting up 80% of demand for drinking water in large urban and tourist areas.

By In Cyprus
Previous articleEx-Trump lawyer: rigging polls ‘was at the direction of’ Trump
Next articleMainly fine today and over weekend; a few roads still closed