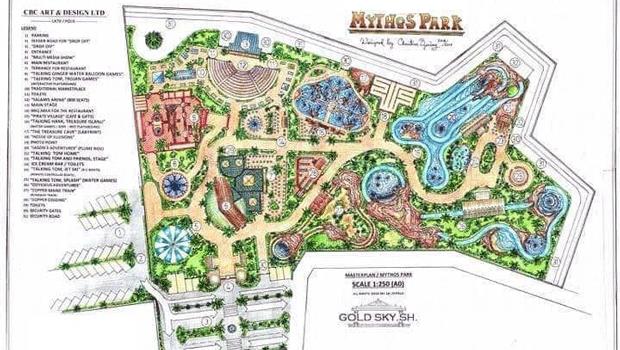 Paphos was due to get its own theme park through investments from Hong Kong and by Cypriot investors in the area of Kalo Chorio. Construction of the large-scale project was scheduled to begin in 2021 and the company had secured all environmental Planning and Building Permits.

The selected concept, is the development of a Theme Park which will draw upon the richness of Greek Mythology, Cypriot history and heritage and offer amusement through the “Talking Tom and Friends” International Patent (IP).

This Park aspires to redirect the future development of tourism within the Paphos region and perhaps within Cyprus, in general.

The concept of the proposed development involves a combination of facilities which will offer excitement and stimulation to the visitors while, at the same time, educate young Cypriots and foreign visitors.

However, due to the pandemic and its serious financial consequences it is now unknown when this ambitious project will begin.