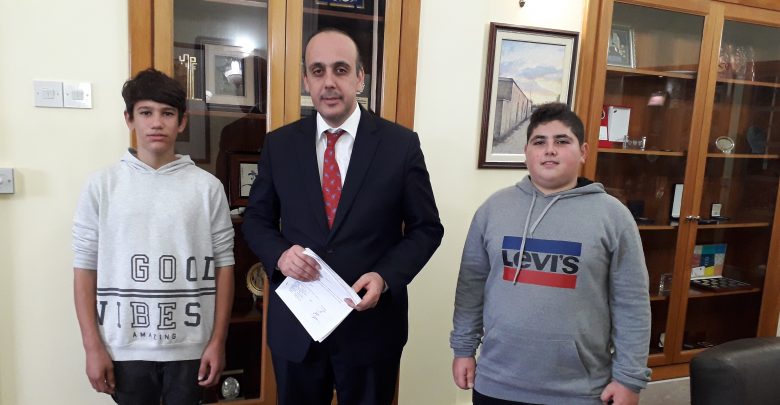 A delegation of Paphos pupils met with mayor Phedonos on Tuesday to submit a letter explaining their demand for the creation of a skatepark in the city.

After receiving the letter, the mayor congratulated the pupils on their initiative and noted that they are examples of active and responsible citizens.

Phedonos assured the pupils that their demand will be examined by the city council in good will.

The letter was signed by 60 pupils.

By In Cyprus
Previous articleStopping Brexit the best outcome for economy, FinMin Hammond says
Next articleCentral Bank: Issue of €500 banknote to stop