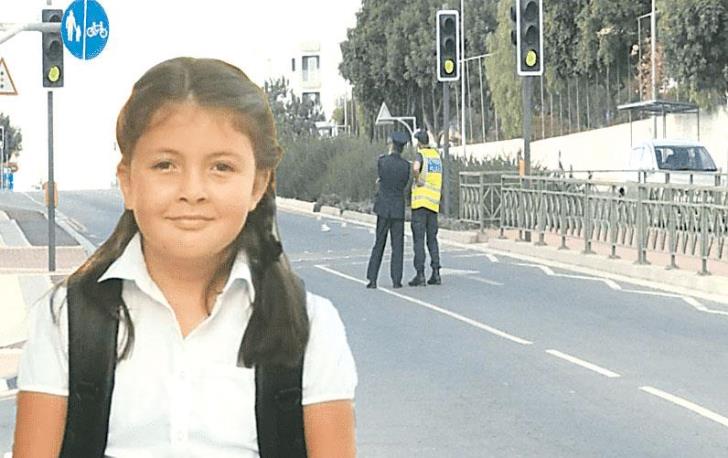 Parents associations are lobbying for the immediate construction of a footbridge in the area of the Tassos Papadopoulos and Spyros Kyprianou avenues where an 10 year old girl lost her life when she was attempting to cross the road on a pedestrian crossing.

Nelina Fakliska was killed on November 22 as she crossed Tassos Papadopoulos Avenue. The child was on the pedestrian crossing and according to testimony obtained by police had pressed the button to activate the signal when she was hit by a car driven by a 70 year old woman.

There are a number of schools in the area and parents have raised the issue of safety before.

The parents’ associations held a meeting yesterday at the offices of the Primary School Federation to coordinate efforts. Three MPs — Andreas Fakontis of Akel, Charalambos Pittokopitis of Diko and Elias Myrianthous of Edek also attended.

Annita Taliotou, president of the Federation of Primary School Parents of Paphos told the Cyprus News Agency that after Nelina’s tragic death and following a letter by Paphos Municipality as to how to ensure the safety of children attending schools in the area, it was decided to write to the Transport Minister and the House Transport Committee asking for their immediate intervention.

She said that bids were invited in 2010 – 2011 for pedestrian bridges on the Tassos Papadopoulos and Spyros Kyprianou avenues but these were never built.

Parents are worried about the safety of their children and would persevere in their efforts, she added.

By In Cyprus
Previous articleEurostat: 54.8% of live births in Cyprus by C-section, highest in EU28
Next articleAustralia: Huge ecstasy haul following tip off from Cyprus police (video)