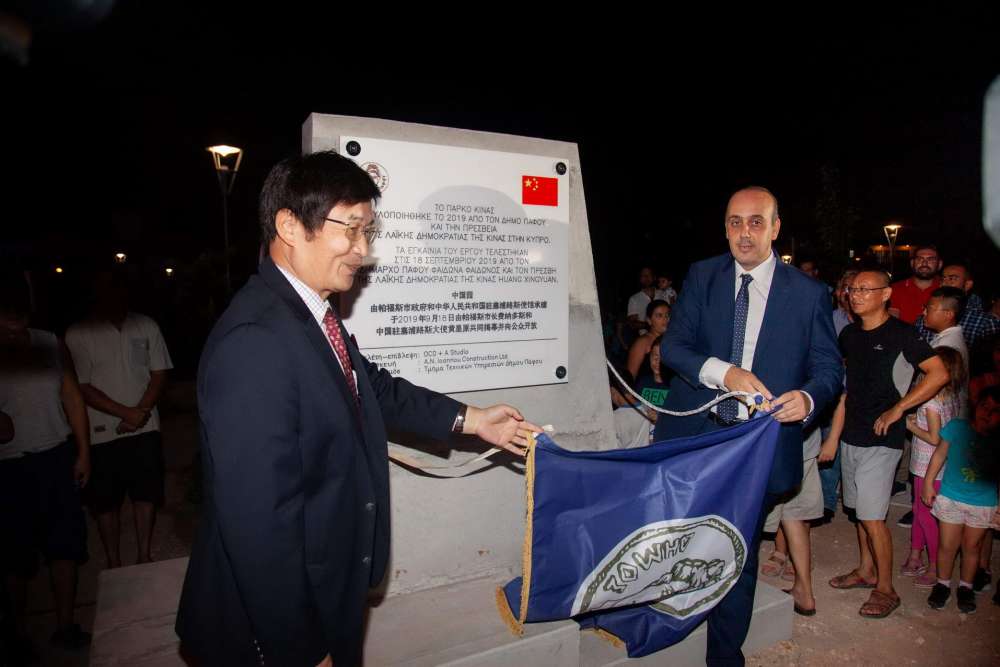 The official opening of the new China Park took place on Wednesday evening.

Speaking at the ceremony Paphos Mayor said that local authorities continue to build neighbourhoods, make the city even more beautiful and develop friendships with all residents, locals and foreigners.

“We have created this beautiful park to provide our fellow Chinese and local citizens an opportunity to enjoy beautiful moments with their families in a safe environment,” said Phedonos.

Paphos Municipality will continue to work to develop and improve the city however it’s down to the citizens to maintain the city clean, organised and presentable. Any acts of vandalism and attempts to disrupt the tranquillity of the city and its citizens will not be tolerated and will be punished, Paphos Mayor added.

On the other hand, the Chinese Ambassador Huang Xinyuan thanked Paphos Municipality for the close cooperation they had over the years and mentioned that Paphos and China have always been good friends and close partners and will continue to be in the future.

“We always appreciated the contribution the historic, cultural and well-known city of Europe, Paphos, has done to enhance the relations between China and Cyprus over the years,” Xinyuan said.

The ceremony also included the presentation of a commemorative plaque of the park, planting by the Mayor and Ambassador of an olive tree as a timeless symbol of peace and friendship, the playing of the National Anthems and a spectacular performance by the Chinese group Anhui Performing.