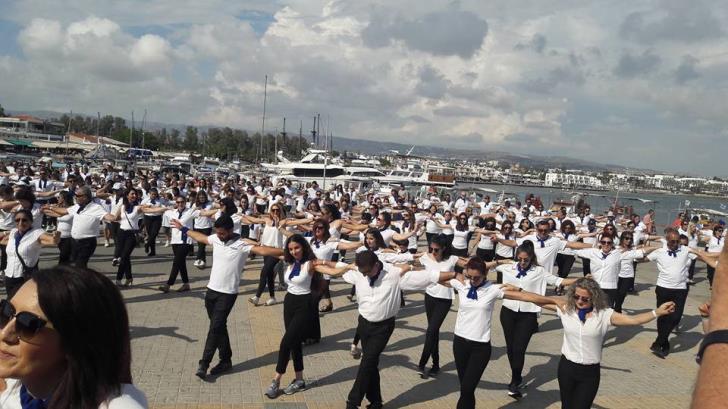 Paphos fell short of earning itself a place in the Guinness Book of Records for the biggest Hasapiko dance, but managed to raise much needed funds for the Archangelos Michail hospice.

Hundreds of dancers, dressed in black trousers and white shirt congregated in the square in front of the castle in Kato Paphos on Sunday afternoon, for a festive afternoon of dancing and good cheer in the heart of Paphos port.  The Guinness World Record Attempt Hasapiko Dance however failed however to break the standing record of 800 dancers. Organisers said they will make a fresh attempt to break the record in September.

The initiative was organised by the Paphos Folklore Club in cooperation with Paphos municipality and with the participation of organised groups from Paphos district, dance schools and ordinary citizens.