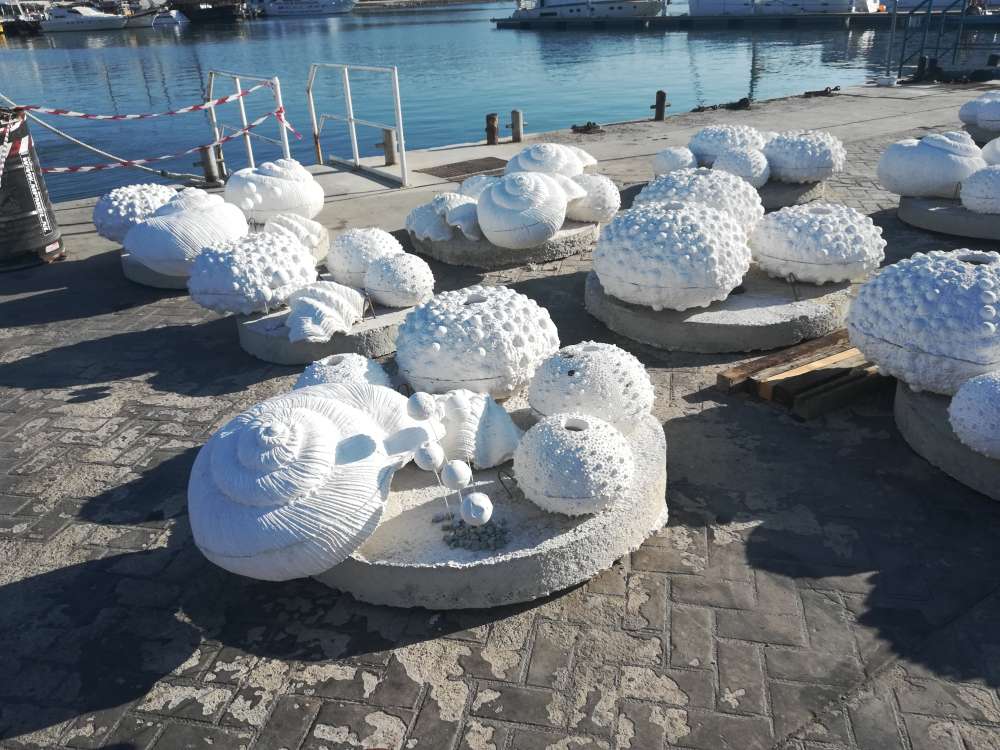 Cyprus’ first Snorkelling Park in the Municipal Baths area of Paphos has been enriched with a sculpture composition created by Yiota Ioannidou, bringing to fruition a project launched a year ago by Paphos Regional Board of Tourism, its members and partners.

The project consists of three  sculptural compositions of supernatural size shells that were sunk during a special ceremony on Thursday.

Each composition consists of different shells in relatively close proximity to each other. A smaller composition of sea urchin shells has been placed outside the water in the surrounding rocks, predisposing the visitor to the surprise that follows in the sea, the Paphos Regional Board of Tourism added.

The shells/sculptures  are made of environmentally friendly concrete in accordance with the guidelines of the relevant Protocol of the Barcelona Convention for the Protection of the Mediterranean Sea against pollution.

The shells are a tribute to the glorious past of the goddess Aphrodite so inextricably linked to Cyprus.

Overall, the connection of the shells with Aphrodite, where they both rise from the sea, is obvious and is interpreted as a correlation of the goddess emerging from the sea on a shell. It seems that in ancient times they had some relation to fertility, similar to that of eggs and Aphrodite. Beautiful and exalted shells of rare beauty have been offered to the temple of Aphrodite as gifts to the altar of the Goddess of Beauty, the board said in its press release. 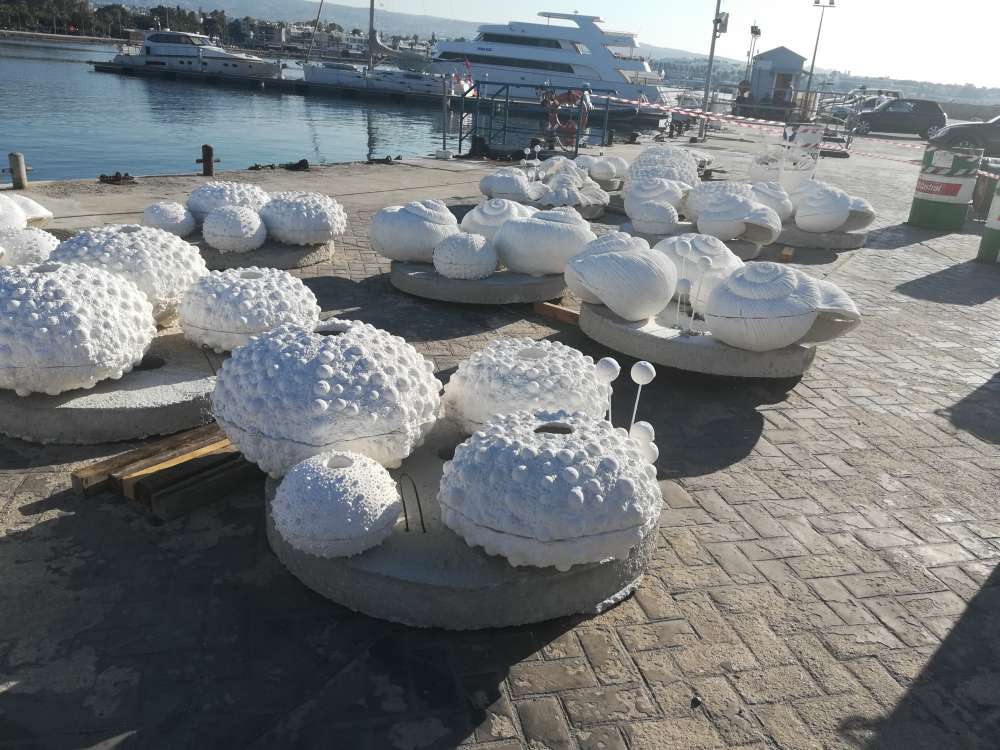 The innovative, authentic and environmentally friendly project that is in harmony with the magic of the sea is expected to function as a natural system for  conservation and reproduction of  biodiversity while at the same time attract swimmers and help to enhance both the swimming experience and of the destination’s image, it added.

“Their geometrical composition, and especially their internal structure, not only contribute to the attraction of marine organisms, but also is a work of art in the core of a fully protected zone,” it said.

The Municipal Baths is a protected area and Cyprus’ first official Snorkelling Park in Cyprus serving as a reference point for free diving with rich marine life, archaeological treasures and contemporary work of art.

The whole initiative is part of a larger project of the Paphos Regional Board of Tourism (PRBT) that also includes the recording and monitoring of biodiversity and measures to promote sustainable and more responsible tourism.

The board thanked everyone who contributed to the completion of the project, including sculptor Yiota Ioannidou, the Department of Fisheries and Marine Research, the Department of Antiquities, the Deputy Ministry of Tourism, the Port Authority, and Cydive.