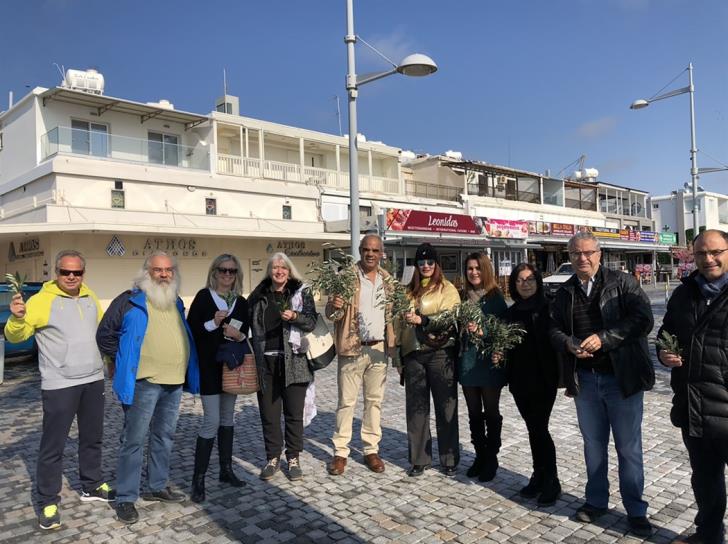 A group of Greek-Cypriot and Turkish-Cypriot citizens cast olive branch wreaths in the sea near the Municipal Baths in Paphos in a symbolic event that took place at 11 am on Sunday morning, according to the Cyprus News Agency.

Representative for the initiative, titled “Citizens’ Initiative for Peace”, Tryfonas Tryfonos told CNA that the event aims to promote peace in the Mediterranean and Aegean seas, following recent actions by Turkey that wants to turn the area into a war zone and a “Turkish lake”. 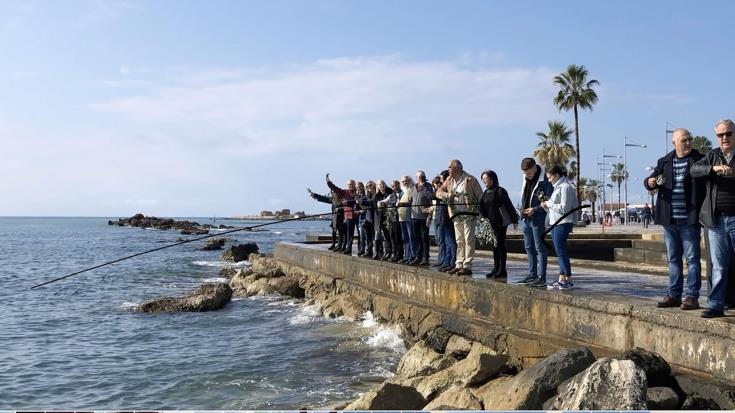 At the event, participants cast wreaths made of olive branches into the Paphos sea, “which will sail into the Mediterranean and the Aegean to bring peace to the area.”