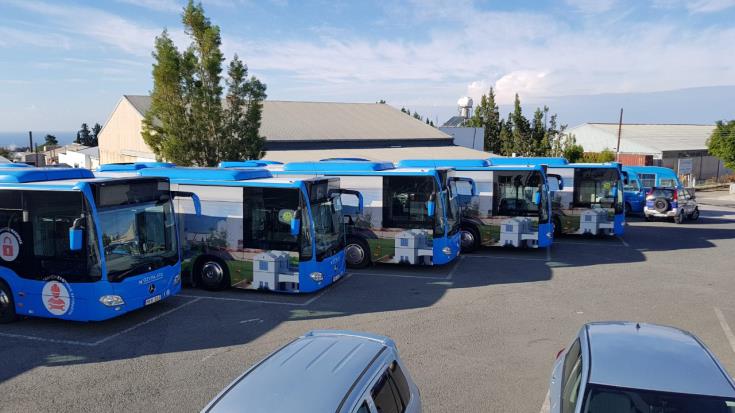 Paphos bus company employees went on indefinite strike on Wednesday over the non-payment of their December salaries as the Transport Ministry said it had remitted its subsidy to the company for December in accordance with their contract and it was up to the company to honour its obligations to its employees.

The ministry urged the management to take all necessary measures for the termination of the strike, warning that it would otherwise take steps to restore public transport in Paphos and end the inconvenience for thousands of passengers.

Some 5000 pupils as well as other passengers are affected by the strike which had led drivers to park the company’s 120 buses and announce that they will not return to work unless they receive their December pay and guarantees that they will henceforth be paid on time.

The employees had gone on strike in December but returned to work after receiving their November salaries and guarantees they would be paid their 13th and December wages on time. However, they have still not been paid for last month.

By In Cyprus
Previous articleExploratory drilling in Delphyne -1 concludes, drilling starts in Glafcos-1
Next articleMan jailed for blackmailing woman with nude photos