Paphos: Bridge under construction near Episkopi collapses because of rain 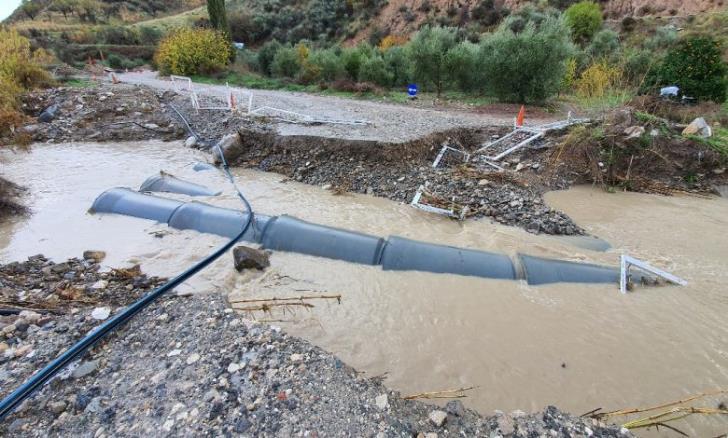 One of the bridges under construction in the eastern part of the Paphos hinterland collapsed early on Wednesday because of heavy rain.

The Episkopi-Nata bridge collapsed under the intense and protracted rainfall, but officials clarified that it was a temporary structure to facilitate the movement of vehicles until the actual new  bridge is constructed.

As a result the road between Episkopi and Nata is closed to all traffic which is being diverted through an alternative route.

Paphos district officer Mary Lambrou told CNA that the bridge was at the initial stages of construction. Work had started about a month ago. At a cost of 400,000 euro the aim is to complete the bridge by 2021.

Moreover, a wooden movable pier at Kato Paphos has been damaged and acccess is prohibited pending repairs.

The Ayios Nicolaos-Mandria road in the Paphod district remains closed because of mudslides and rock falls. The Amargeti-Kelokedara road neat the Zuripilli river bridge is also closed because of overflowing of the river.

Drivers are urged to be careful, to drive slowly and keep a safe distance from other vehicles.