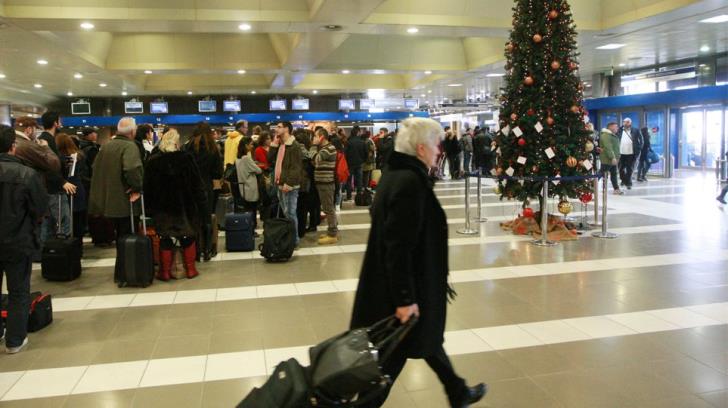 Hundreds of passengers are stranded at Thessaloniki’s Makedonia Airport because of bad weather, including scores of Cypriots who had been due to fly to Paphos last night, Philenews has reported.

Meanwhile, heavy snow in central Europe has led to the cancellation of 90  Munich Airport  flights, including to and from Larnaca.

According to German news agency dpa, the cancellations in Munich affected about one in 10 flights at Germany’s second-biggest airport.

Thick fog has led to long delays at Thessaloniki’s airport and a number of flights have been diverted or cancelled.

Among them a Ryanair flight that was due to depart Thessaloniki for Paphos on Friday night.

Philenews said the plane left Paphos for Thessaloniki to pick up the passengers but because of the adverse weather conditions was forced to land in Crete. The airline made arrangements for passengers to stay at hotels overnight.

Today they have been given the option to take another Ryanair flight or to have their money returned and to make their own arrangements, it added.

Earlier, 201 passengers on a flight from London were taken to Romania instead, with the airline saying it would make arrangements for the passengers to travel to Thessaloniki by bus. Another plane landed in Bulgaria, and passengers were taken by road to Thessaloniki while other flights were diverted to Athens or other airports.