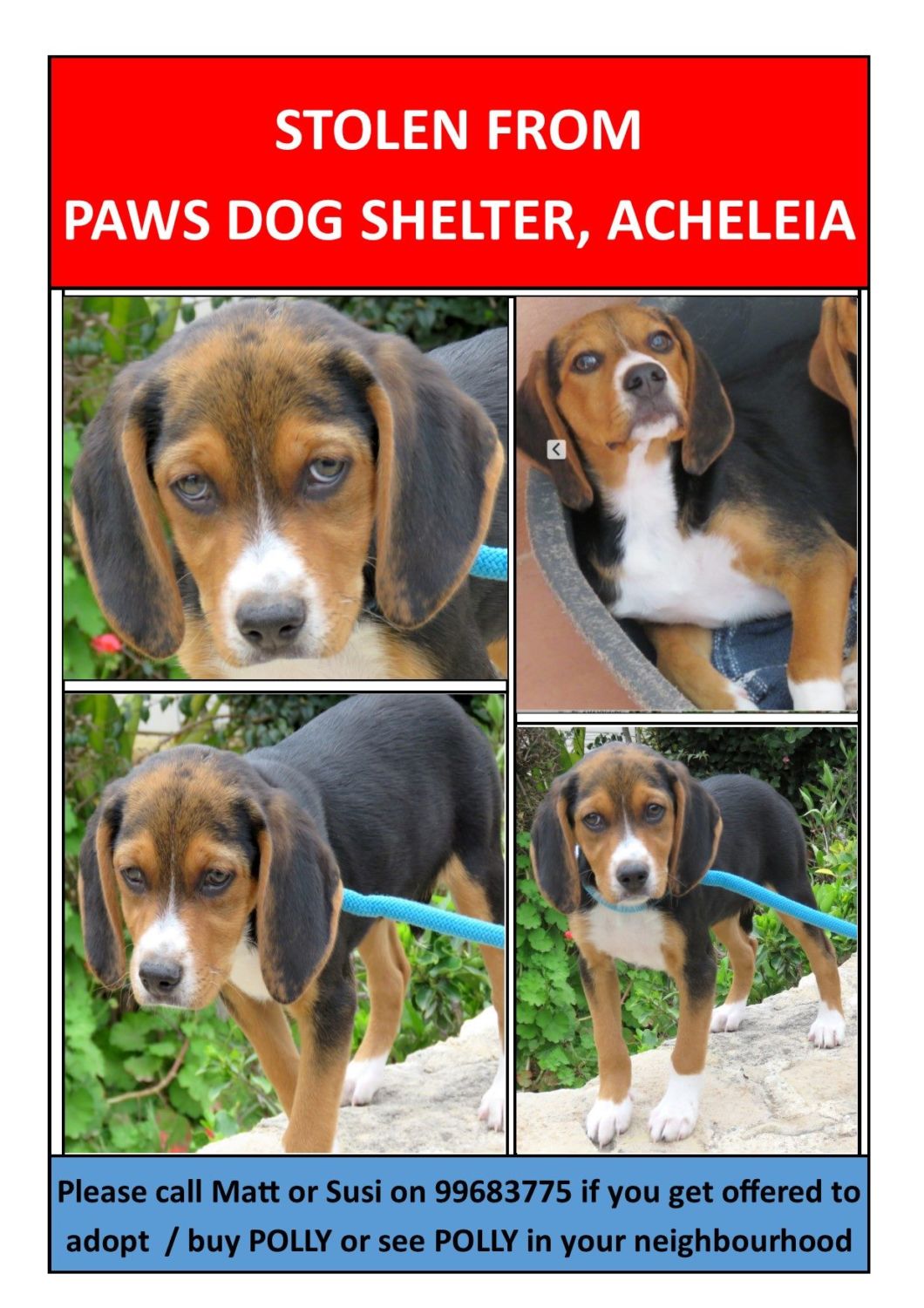 The PAWS Dog Shelter in Paphos is appealing to the public for help after three dogs were stolen.

Hope, Dana and Polly had homes to go to in the UK but were awaiting flights.

The shelter had distributed posters across the island in case thieves attempt to move the dogs away from Paphos.

Two of the dogs are microchipped to PAWS while the third was due to be microchipped this week in preparation for her flight to the UK, the NGO added.

In addition, the two older dogs are neutered but the puppy is still too young to be safely spayed.

Anyone who may have seen the dogs or has been offered to buy or adopt them is urged to telephone Matt or Susie on 99683775. 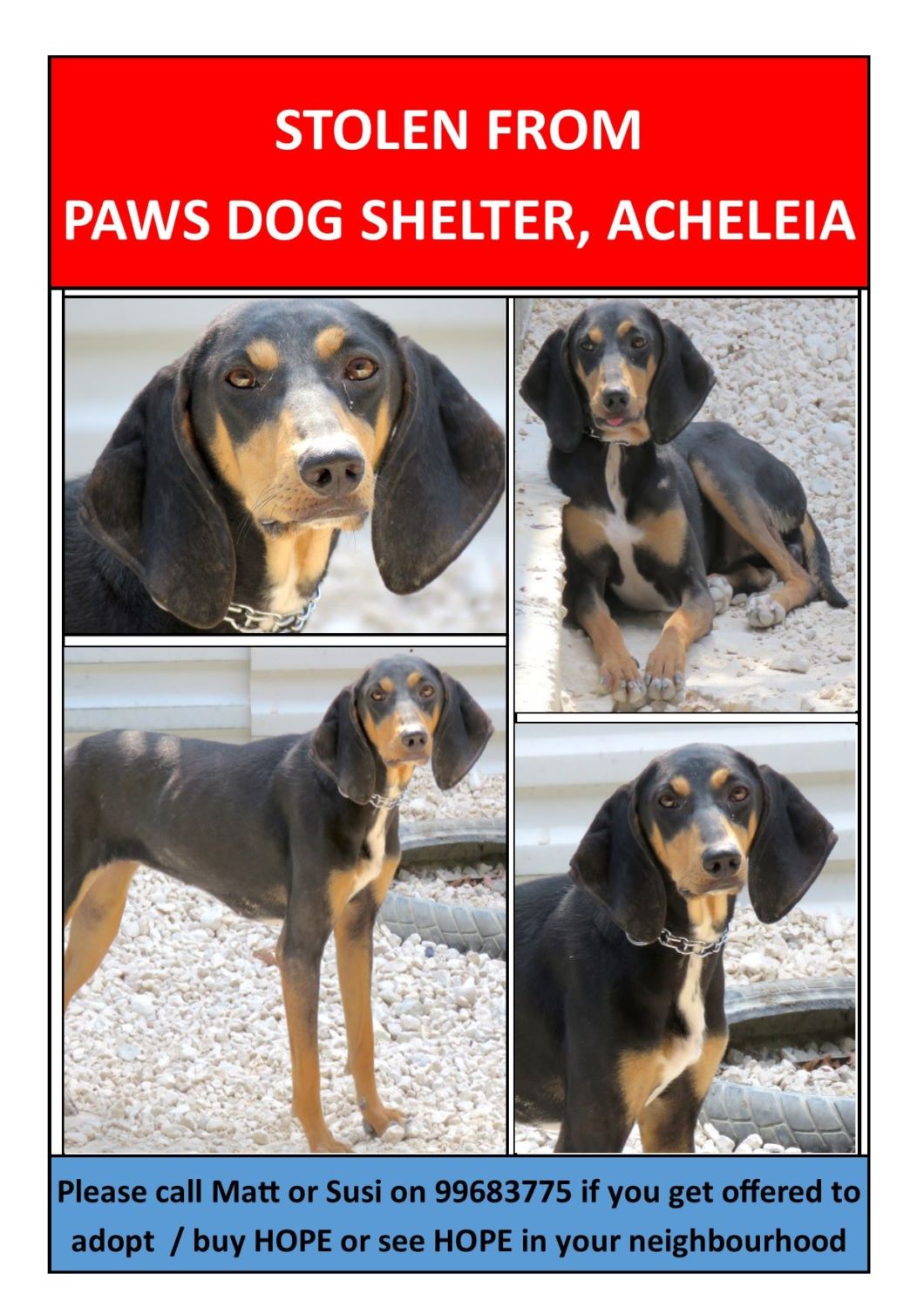 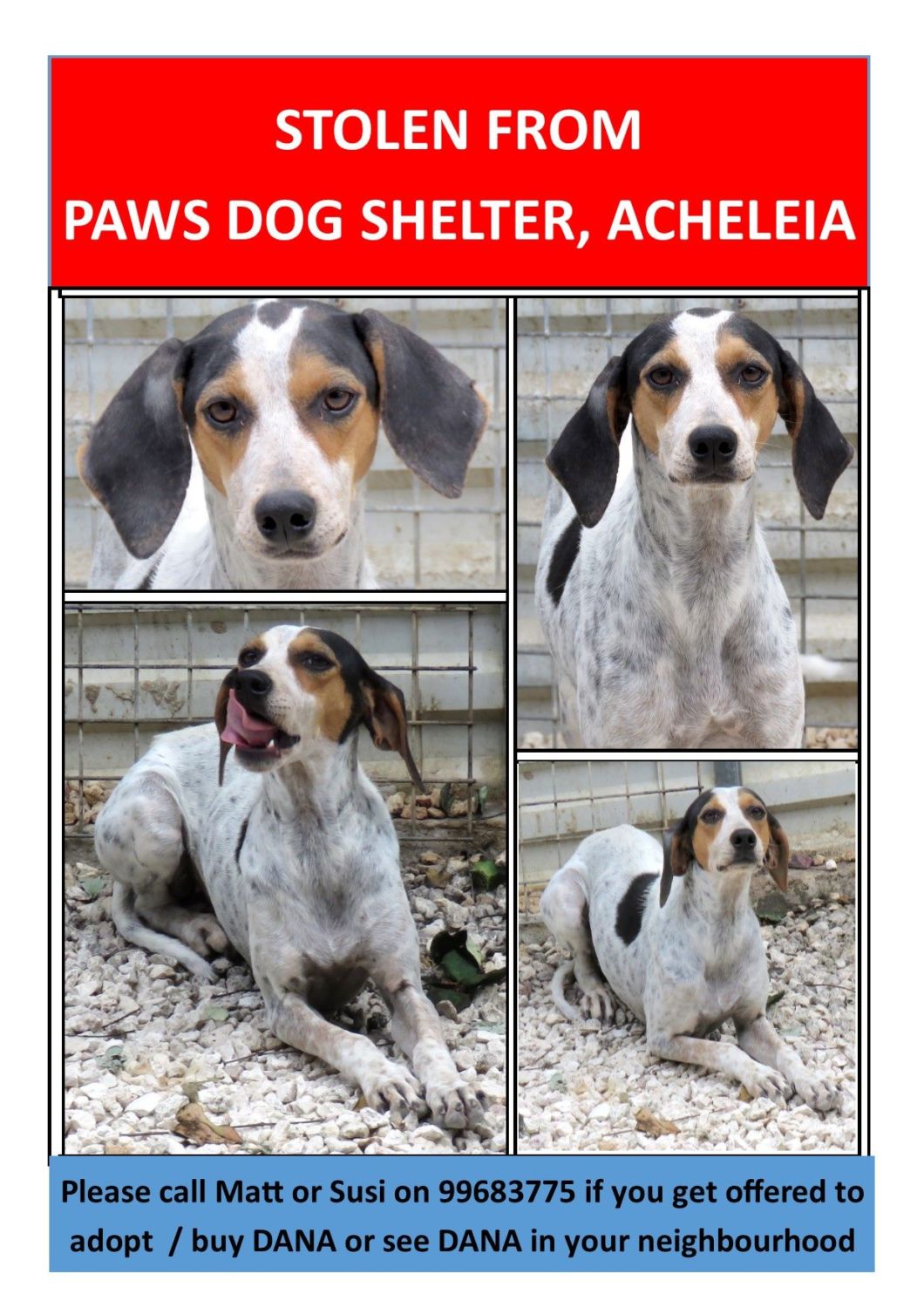