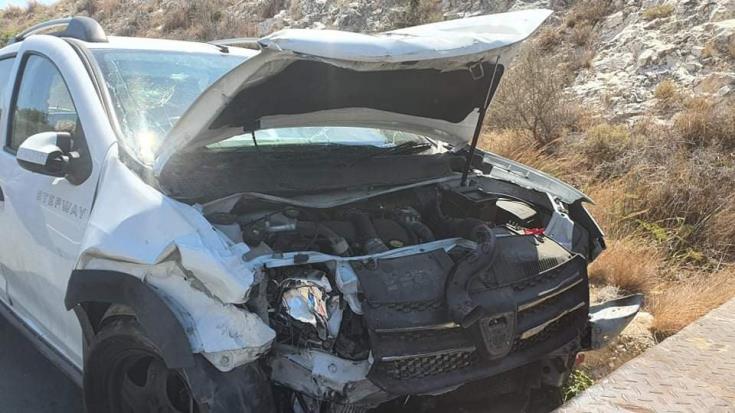 Seven people have been taken to hospital after a  head on collision between two cars that occurred on the Droushia-Prodromi-Polis Chrysochous road a little after 1 pm on Sunday.

The fire service was brought in to free the injured passengers. They were taken by ambulance to Paphos Hospital.

From there and because of the severity of his condition, a 14 year old boy was transferred to Nicosia Hospital with head injuries. His grandmother is in intensive care at Paphos Hospital after undergoing surgery. The other five have lighter injuries.

All the passengers in one of the cars — a 40 year old woman with her three children aged 14, 15 and 17 and the 57 year old grandmother, are Greek Cypriots. The other car had a German couple, a man aged 55 and a woman aged 61.

CNA said that initial investigations indicate that one of the two cars entered the wrong lane and collided head on with the car with the German couple that was coming in the opposite direction.