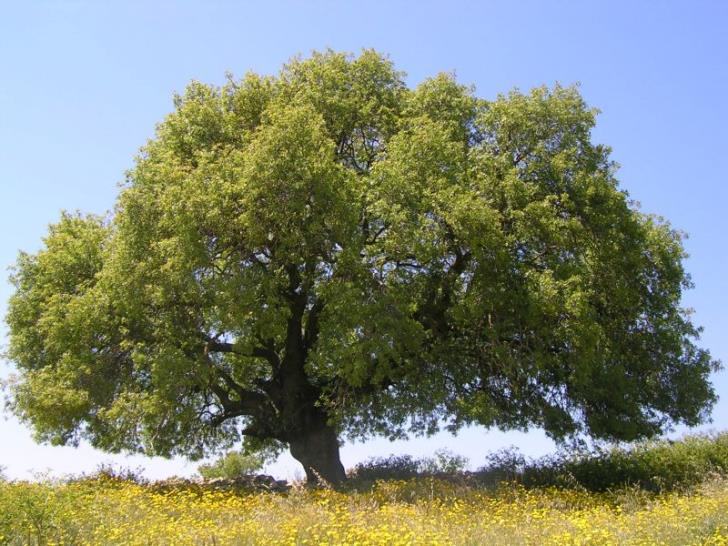 Phileleftheros today shed light on one of Paphos’ oldest trees — a 200 year-old terebinth which stands tall in the village of Kinousa and covers an area of 170 m2.

The terebinth provides an oasis for locals and guests, particularly when in bloom. “How many people have sat under it?” Giorgos Nikolaou, the man who owns the property where the tree is located, wonders. “The terebinth creates a large umbrella which covers my garden on one side and the road that leads to Lysos on the other. It is a majestic thing to look at.”

Its trunk is so wide, that three people are needed in order to hug it, Nikolaou says.

His attempts to trace the person who first planted the tree have been unsuccessful, however he heard stories from Kinousa’s elders who say during the past 100 years the terebinth was already so big that villagers cut its leaves to feed their animals.

Today, no one is allowed to cut any part of the tree as it is protected by the Forestry Department, Nikolaou says.

“Twenty years ago, some people from the Electricity Authority came to the house wanting to cut a part of the tree so that they could accommodate power cables. I didn’t want to let them do it so I contacted the Forestry Department which has since then put the tree under its protection,” Nikolaou explains.

He admits that along with his wife often go to their house in the village to take care of the tree. “We cared for it as if it was a baby.”