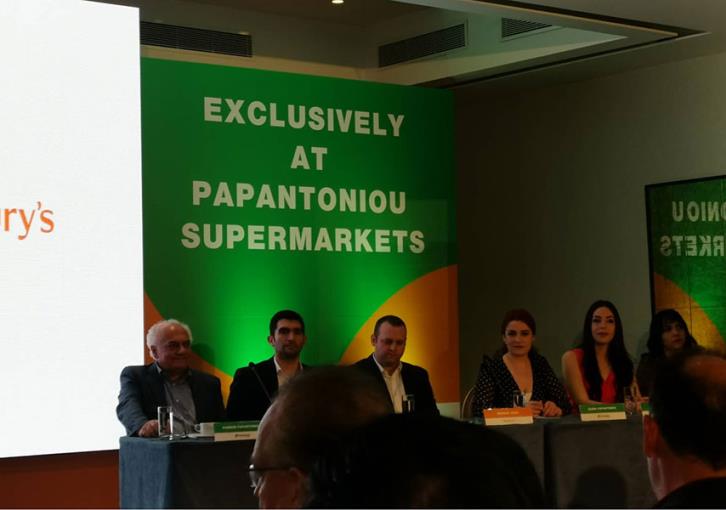 Papantoniou Supermarkets have entered into a cooperation agreement with Sainsbury’s to sell the British retail giant’s  products in Cyprus.

The agreement was announced in Nicosia on Wednesday in the presence of Sainsbury’s director of business development Michael Luck.

Established in 1869, Sainsbury’s operates more than 600 supermarkets in the UK with an annual turnover exceeding £30 billion sterling.

“We are honoured that Sainsbury’s has chosen us for its first steps outside the UK,” he added.

Luck said that Sainsbury’s has more than 12,000 products and is the second largest supermarket chain in the UK.

“We have a long history of producing quality products. We have more than 12,000 products. It may have taken up 150 years but we are happy to be here,” he said.