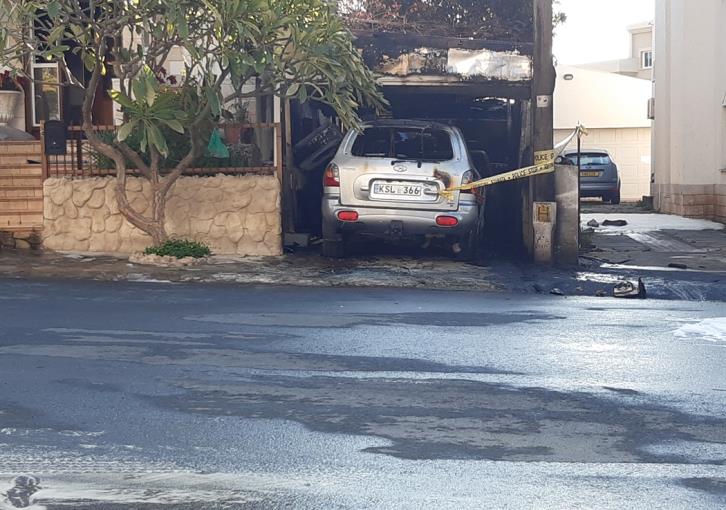 Panic prevailed after an early morning fire on Tuesday in a storage room filled with flammable materials of a two-storey house in the heart of Larnaca.

Specifically, Kalymnos Street in Faneromeni area, where the fire broke out around 3am, and narrow parallel roads are still closed because of the damage caused, police also said.

The fire totally destroyed two vehicles in the parking lot of the house.

At the same time, the leak from flammable materials caused extensive damage to four other vehicles parked near the house.

The fire brigade responded with four fire engines, a high number of fighters and auxiliary vehicles.