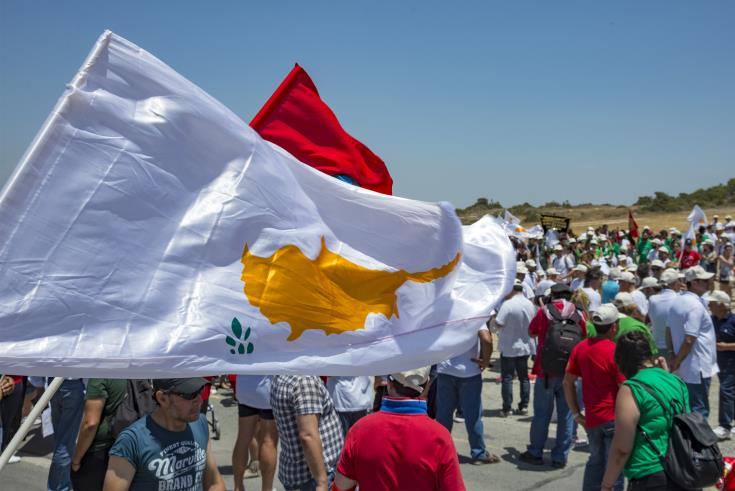 The participants arrived in buses from all over Cyprus and marched 4.5km to the entrance of the Akrotiri SBA, where they approved and handed over two resolutions to a representative of the Bases, concerning the Cyprus problem and the situation in the area.

The main speaker was AKEL General Secretary Andros Kyprianou, who referred to the situation in Syria and the use of the British Bases for military operations, noting that the government should clarify that Cyprus is not involved in the war.

Addressing the event, former President of the European Left Group in the European Parliament Francis Wurtz said peace should prevail in Cyprus, given that its northern part remains under Turkish occupation since Turkish troops invaded in 1974, there are foreign military bases, and it neighbours Syria, Lebanon, and Palestine.

The event was also addressed by General Secretary of the World Peace Council Thanasis Pafilis, President of the Pancyprian Peace Council Stelos Sophoclis, and other organisations.

Britain, a former colonial power, has retained two military bases since it granted Cyprus its independence in 1960.