Located on the east bank of a stream, 3km from the mountainous village of Nikitari, Panagia Asinou Church is a small church dedicated to the Virgin of ‘Phorbia’. It is a UNESCO World Heritage Site and contains some of the finest Byzantine wall paintings on the island, dating from the 12th to the 17th century.

The church used to be a monastery church that was built in 1099 with the donation of Magistros Nikephoros Ischyrios, who subsequently became a monk with the name Nikolaos. It functioned until the end of the 18th century, when it was abandoned.

The church consists of two parts – the vaulted single-aisled nave and the narthex – which is a later addition belonging to the second half of the 12th century. The 12th century steep-pitched timber roof, covered with flat tiles, sheltered the church. Today, there are no traces of the rest of the monastic buildings.

The murals inside the church date from the 12th century to the 17th century and reflect the art of Constantinople, which is thought to be the artist’s birthplace. 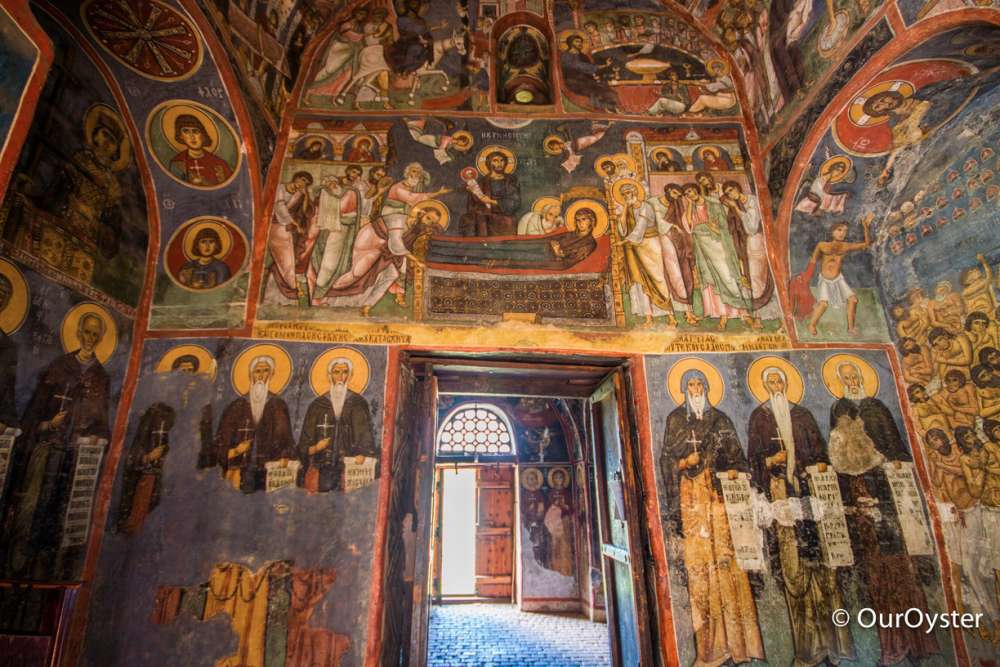