Pambos the loggerhead turtle who loves to travel 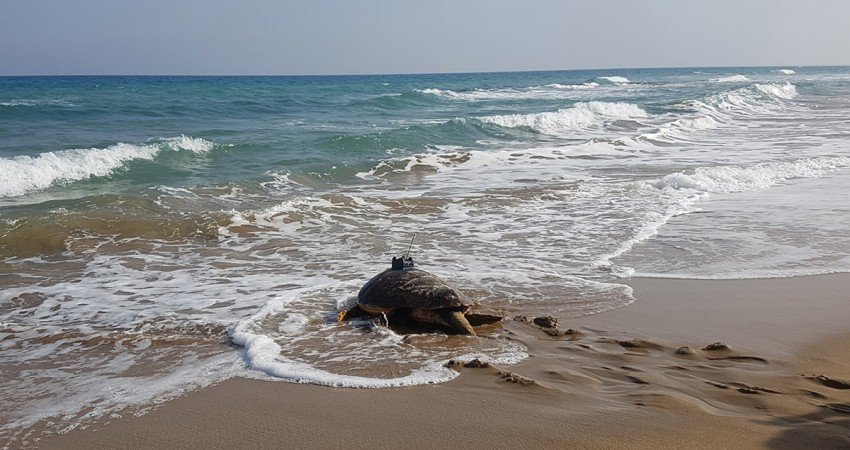 Wanderlust could well be an alternative name for Pambos, one of 12 loggerhead turtles being tracked as part of the Cyprus Bycatch Project — a joint programme run by BirdLife Cyprus to protect seabirds and other marine animals accidentally caught and killed in commercial fisheries.

Since April, Pambos has been up and down the Famagusta coast in the east, dropped off at Episkopi Bay for a month,  ventured to Paphos Airport and is currently somewhere off Tunisia. (See map below for Pambos’ latest travels)

On a post on its website, BirdLife Cyprus notes that one of the biggest threats seabirds and other marine animals are facing is being incidentally killed as ‘bycatch’ in fisheries.

The Cyprus Bycatch Project aims to understand the magnitude of the bycatch problem in Cyprus and develop solutions.

Together with analysing bycatch levels and proposing mitigation measures, several capacity-building and outreach activities are also planned to ensure fishers and civil society groups benefit from the project findings throughout its three-year duration.

Biologists at the Society for the Protection of Turtles (SPOT), one of  the project partners, have identified Famagusta Bay as a sea turtle bycatch hotspot.

Through the Cyprus Bycatch Project, fishers declare their bycatch of turtles and other vulnerable species to the project team.

Loggerhead turtles and green turtles found caught in fishing gear are saved by the fishermen themselves and are tracked using cutting-edge satellite-linked GPS data-loggers and dive computers.

Meanwhile, drone surveys over the bay provide more information on the turtles’ position and abundance.

“Our aim is to understand in detail how sea turtles foraging in Famagusta Bay interact with set net fisheries. This information will help us develop mitigation measures that would protect many turtles from being caught in fishing gear, while minimising impact on the fisheries livelihoods,” BirdLife Cyprus said.

So far, 12 turtles are being tracked, with most of them having being named by the fishers themselves.

“One turtle, however, that goes by the name ‘Pambos’ has caught our eye,” the NGO notes.

Pambos is a 43 kg male loggerhead turtle with a carapace length of 71 cm and was hauled in trammel nets that target siganids, last March.

Unlike the other turtles, Pambos seemed to be moving about a lot, moving up and down the Famagusta coast during the first weeks of tracking, occasionally settling around the Marine Protected Area of Cape Greco. On April 19 Pambos rounded Cape Greco and headed for Episkopi Bay, which he reached by April 24.

He then spent a month there paddling about Episkopi Bay and then off he went towards Paphos Airport. By May 30, he was departing the island westward and according to BirdLife, he is currently near Tunisia.

The Cyprus Bycatch Project is coordinated by BirdLife International, project partners BirdLife Cyprus, Enalia Physis Environmental Research Centre, the Society for the Protection of Turtles and the University of Exeter.

Funded by the MAVA Foundation, the Cyprus Bycatch Project, (“Understanding Mediterranean multi-taxa ‘bycatch’ of vulnerable species and testing mitigation – a collaborative approach”), aims to better understand the issue in Cyprus and make fishing more sustainable by limiting the impact it may have on priority species, and to improve their status by reducing mortality caused by fishing activities.

The main goal is to understand the magnitude of the bycatch problem on vulnerable species in longline and gillnet fisheries in polyvalent and small coastal fishing boats. The bycatch problem affects various species, including marine mammals, elasmobranchs, seabirds and marine turtles. 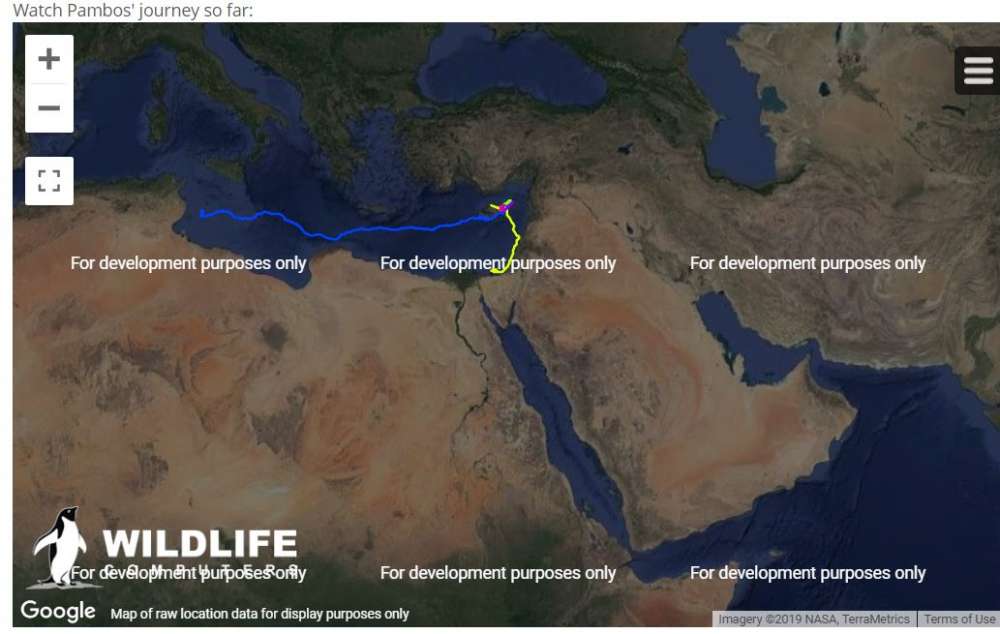