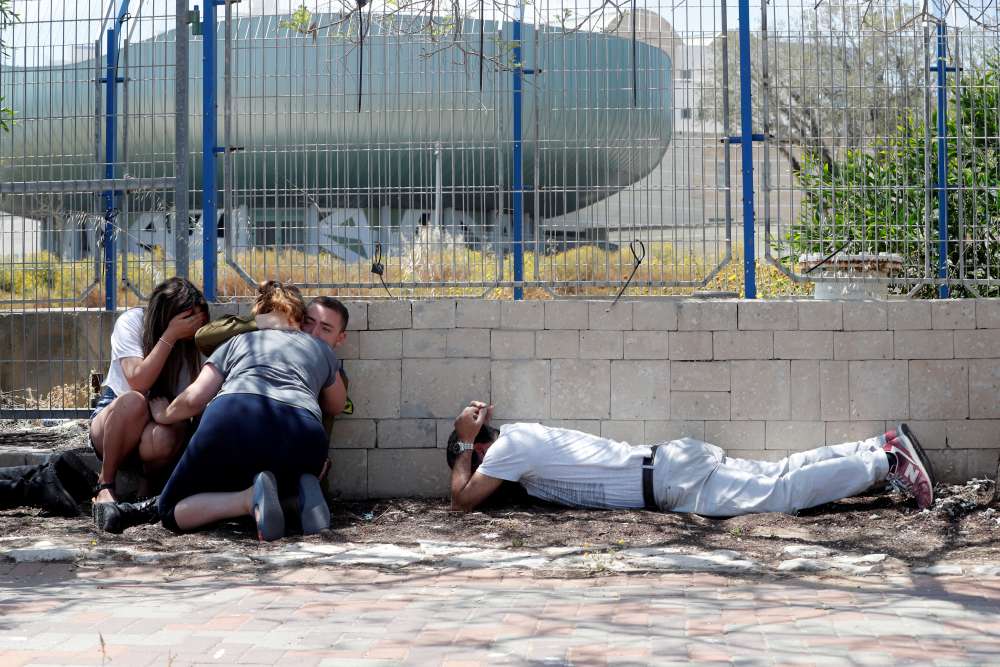 A deadly surge in violence in the Gaza Strip and southern Israel petered out overnight and Palestinian officials reported that Egypt had mediated a truce early on Monday.

The latest round of fighting erupted three days ago, peaking on Sunday when rockets and missiles from Gaza killed four civilians in Israel, and Israeli strikes killed 19 Palestinians, more than half of them civilians.

Two Palestinian officials and a TV station belonging to Hamas, Gaza’s Islamist rulers, said a ceasefire had been reached at 0430 a.m. (0130 GMT), apparently stopping the violence from broadening into a conflict which neither side seemed keen on fighting.

Israeli officials did not comment on whether a truce had been reached, but the military said that protective restrictions in place on residents of southern Israel since the fighting began were being lifted.

Israel’s military said that more than 600 rockets and other projectiles – over 150 of them intercepted by its Iron Dome anti-missile system – had been fired at southern Israeli cities and villages since Friday. It said it attacked about 320 targets belonging to Gaza militant groups.

But the violence — the most serious border clashes since a spate of fighting in November — appeared to abate early on Monday.

Rocket sirens in southern Israel, which had gone off continuously over the weekend, sending residents running for cover, were quite for a few hours straight before dawn. Israel’s military reported no new air strikes in Gaza.

Egypt and the United Nations, who have served as brokers in the past, had been trying to mediate a truce.

The violence began two days ago when a sniper from the Palestinian militant group Islamic Jihad fired at Israeli troops, wounding two soldiers, according to the Israeli military.

This time, Israeli strategic affairs analysts said, both Islamic Jihad and Hamas militants appeared to believe they had some leverage to press for concessions from Israel, where independence day celebrations begin on Wednesday.

Some 2 million Palestinians live in Gaza, the economy of which has suffered years of Israeli and Egyptian blockades as well as recent foreign aid cuts and sanctions by the Palestinian Authority, Hamas’ West Bank-based rival.

Israel says its blockade is necessary to stop weapons reaching Hamas, with which it has fought three wars since the group seized control of Gaza in 2007, two years after Israel withdrew its settlers and troops from the area.