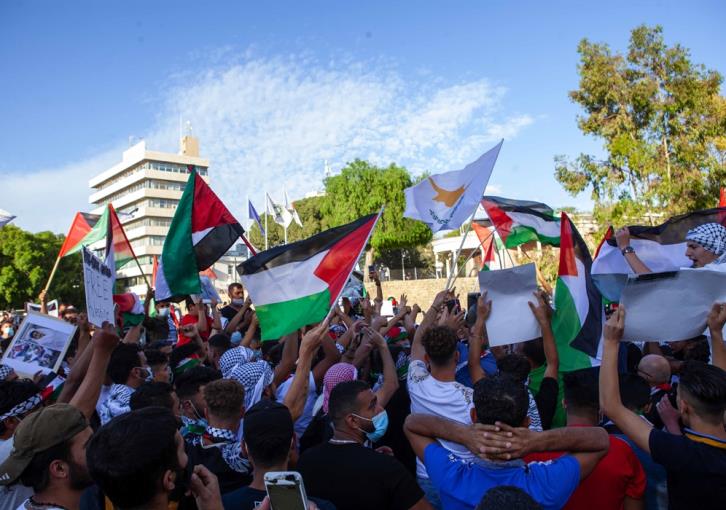 Hundreds of Palestinians living in Cyprus protested on Sunday against the latest bloody Israeli air strikes in Gaza where dozens of innocent civilians have died.

The protest in Nicosia was peaceful, police said, adding that demonstrators were holding placards saying stop to the violence as they cried out for international solidarity.

Israel and Gaza’s ruling Hamas militant group faced mounting international calls for a ceasefire in hostilities that entered their second week on Monday with no end in sight.

World concern deepened with an Israeli air strike in Gaza that destroyed several homes on Sunday and which Palestinian health officials said killed 42 people, including 10 children, and persistent rocket attacks on Israeli towns.