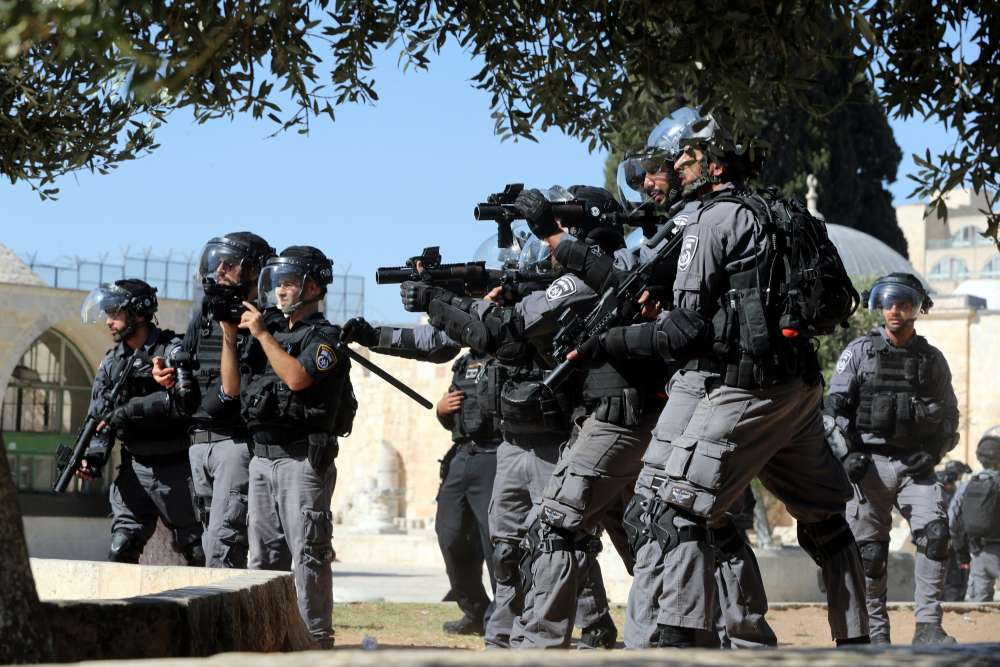 Facing off with police in the packed compound outside Islam’s third-holiest site, Palestinians chanted “With our soul and blood we will redeem you, Aqsa”.

Scuffles ensued and the crowd fled as the sound grenades exploded and smoke wafted through the compound, witnesses said.

In a statement, police said they had deployed forces at the site in anticipation of disturbances and “dispersed rioters”.

Revered by Jews as Temple Mount, the site of two biblical Jewish temples, and by Muslims as the Noble Sanctuary, the area is one of the most sensitive sites in the Israeli-Palestinian conflict.

Tensions had mounted at the start of Eid al-Adha as the holiday overlapped this year with Tisha B’Av, a Jewish fast day marking the destruction of the two temples.

In a bid to avoid friction at the site, police barred the entry of non-Muslim visitors, including Jews who intended to make a Tisha B’Av pilgrimage, before the clashes erupted.

The compound is situated in a part of Jerusalem captured by Israel in the 1967 Middle East war and annexed in a move that has not won international recognition.