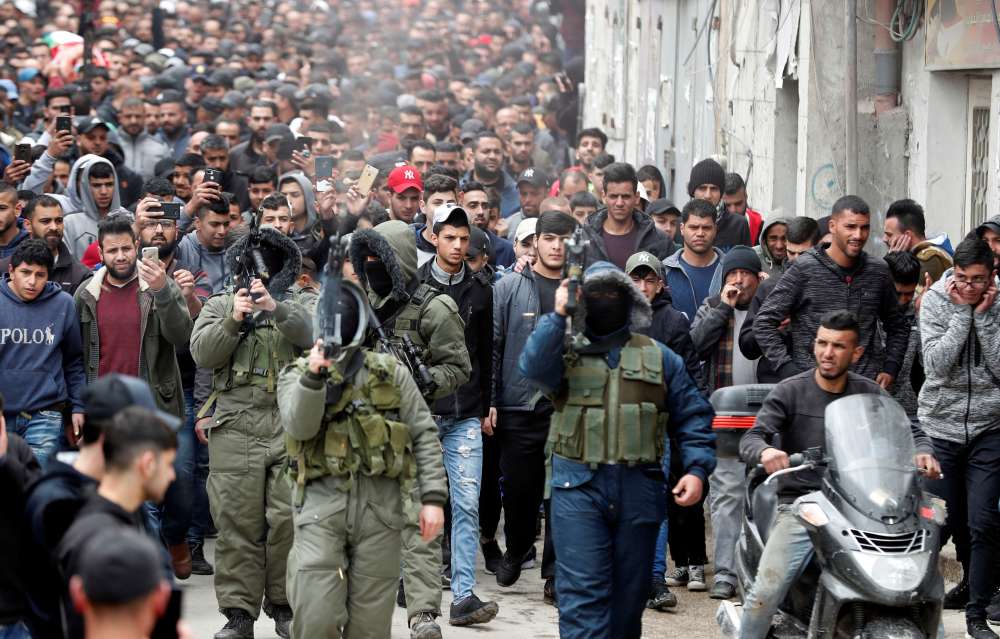 A Palestinian tried to stab Israelis with a knife in the occupied West Bank on Wednesday and was shot dead by one of them, the Israeli military and a witness said.

A Palestinian official, however, questioned the Israeli account of the incident at Hawara junction, near Nablus.

The West Bank, among territories where Palestinians seek statehood, has seen surges of street attacks on Israeli settlers and soldiers since U.S.-backed peace talks stalled in 2014. Palestinians say Israel’s armed response has been excessive.

Yehoshua Sherman, a West Bank settler, told Israel Radio that he was driving slowly through the intersection with his daughter when a Palestinian charged at their car.

“He jumped at me with a knife, trying to open the doors,” Sherman said. “I drew my handgun…wound down the window and shot at him from inside the car.”

A second motorist also fired at the Palestinian, hitting him, Sherman added.

The Israeli military said in a statement: “A terrorist was shot by a civilian and neutralised after he tried to carry out a stabbing attack”.

A Palestinian security source said initial information that he had indicated the dead man had been trying to cross the road.

The Palestinian health ministry said a second Palestinian was wounded in the incident, but did not immediately elaborate.

Asked if it knew of another casualty in the incident, the Israeli military said it had nothing to add to its statement.

Ghassan Daghlas, a Palestinian official in the Nablus governorate, demanded an investigation of the shooting.

“The whole place and street are full of security cameras. The cameras must have filmed everything,” he said.

Palestinians hope to form an independent state including the West Bank, East Jerusalem and Gaza but an internationally mediated peace process has all but collapsed and Israel has expanded its settlement building.

By In Cyprus
Previous articleArrivals from Poland up by 58% in 2018
Next articlePassenger traffic up an annual 4.7% in first quarter 2019 at Cyprus airports