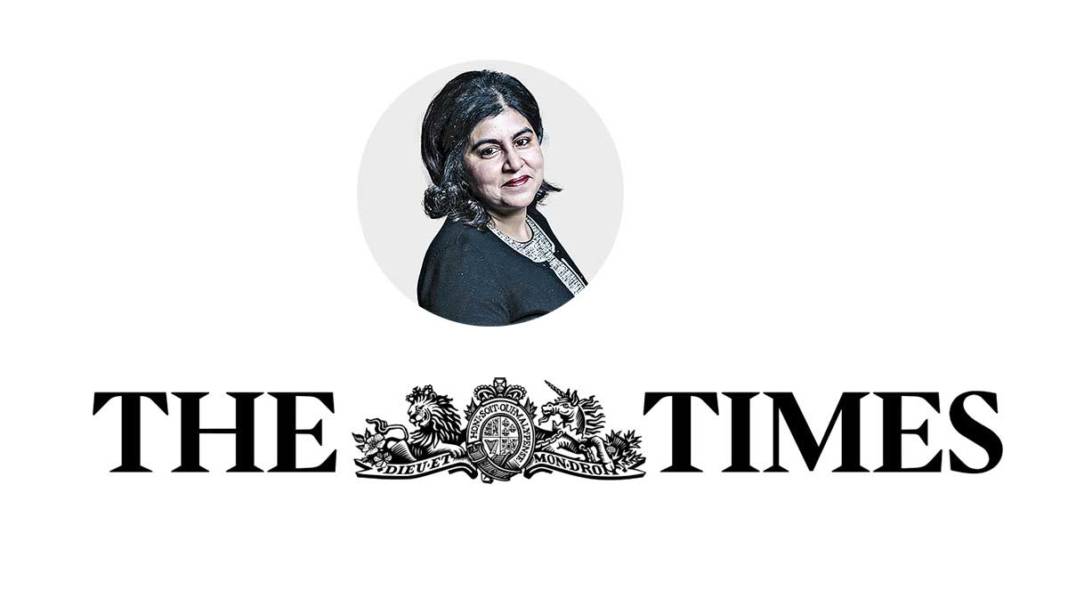 Βritain and its allies in the West have always been stronger when exhibiting a common front in the face of internal disagreements. In the face of Brexit, however, that ability may be harder than ever to maintain. Facing common challenges such as an emboldened Russia, Britain and the European Union have all the more reason not just to continue defence collaboration but accelerate it.

We are all too familiar with Moscow’s methods of operation. In recent years, Russian agencies have been implicated in undermining democratic elections, propagating fake news, supporting far right groups, targeting international institutions, and orchestrating attacks on dissidents or opposition figures in the West — the poisoning of Sergei and Yulia Skripal is just one example.

With the hack into America’s digital infrastructure, it seems that Russian interference in our governments and institutions is escalating, as Moscow further probes our common protections, interpreting Brexit as one among a number of political upheavals that have revealed systematic Western vulnerability.

That is not to say, however, that we have collectively stood idly by.

The Biden administration looks poised to get tougher on Russia. They are joined by the EU and the UK, which have approved sanctions targeting human rights offenders, their versions of what is known as the Magnitsky Act, which the West can use to challenge Russian influence on international bodies.

The original Magnitsky Act was passed by the US in 2012 after London-based businessman Bill Browder actively lobbied the United States Congress to pass targeted sanctions against Russian officials deemed culpable in the death of his friend, a Russian lawyer named Sergei Magnitsky. Magnitsky had been investigating widespread fraud involving Russian tax officials.

Magnitsky was accused of wrongdoing himself, imprisoned, and possibly murdered in prison. The authorities in Moscow pursued Browder through Interpol and at the same time threatened to undermine the neutrality of Interpol itself.

An organisation established to co-ordinate action between national agencies, facilitating among other things the pursuit of legitimate criminal suspects across state lines was instead used as an international police organisation with Moscow attempting to engage Interpol as a means to obtain the extradition of political opponents and applied for numerous Red Notices — in effect international arrest warrants — against Browder.

Dissidents like Alexander Bondarenko and Vladimir Stolyarenko were also pursued. Their purportedly criminal behaviour included calling for the reform of Russian law enforcement agencies and the pursuit of municipal corruption in the Moscow city government. Not surprisingly, this put Bondarenko and Stolyarenko on the wrong side of the so-called law. Their crusading earned them an arrest warrant in 2019 alleging widespread fraud and forced them into exile.

Fortunately, Interpol eventually realised what was happening and denied repeated requests for Browder’s arrest and Bondarenko and Stolyarenko’s extradition — on the grounds that little concrete evidence of actual criminal wrongdoing had been supplied. When Russia issued its seventh Interpol notice for Browder in 2019, Interpol flatly rejected it as “politically motivated”.

This signalled a tide-turn in attempts to control Interpol and, by extension, other multilateral bodies. And it was due in no small measure to Britain’s proactive approach, parachuting in the former senior British police officer Stephen Kavanagh, who helped Interpol begin to clean up its act. As a result of these efforts, Russian interference in Interpol has increasingly fallen flat. But does Britain have the strength or political will to see this process through?

It is important that we and our allies in the West maintain a close eye on Russia.

The British Magnitsky Act has now passed into law; the EU has followed suit. We have within our grasp a timely opportunity to rebuild Western co-operation in part by recommitting ourselves to agencies such as Interpol — and rightly so because it is, after all, a key part of the puzzle in forging a response to abuses of international law and suppressions of civic freedoms.

Only by reinvesting in Interpol can we prevent it from having its authority misused. It must be made clear that unless international law enforcement institutions (and other such agencies) are free from authoritarian influence, the full impact of these three Magnitsky Acts, British, European, and American, can never be fully realised. To make sure hard-won battles in parliament have real world application, Britain will have to join its allies in sending a clear message of unity.

We must show that co-operation and unity among our democratic partners is strong and we must co-ordinate with our European and American allies on enforcing measures such as the Global Magnitsky Act, which targets human rights offenders with precise, punitive sanctions. This is a litmus test. It will show us whether or not a post-Brexit Britain indeed prioritises a united strategic front.

That was our great strength in the past and it must be for future generations to come.

*Baroness Warsi is a Conservative peer and former party chairman

By In Cyprus
Previous articleGreece, Turkey to resume exploratory talks by early March – Cyprus on the agenda
Next articleEmail warning of bomb in Nicosia kindergarten a hoax