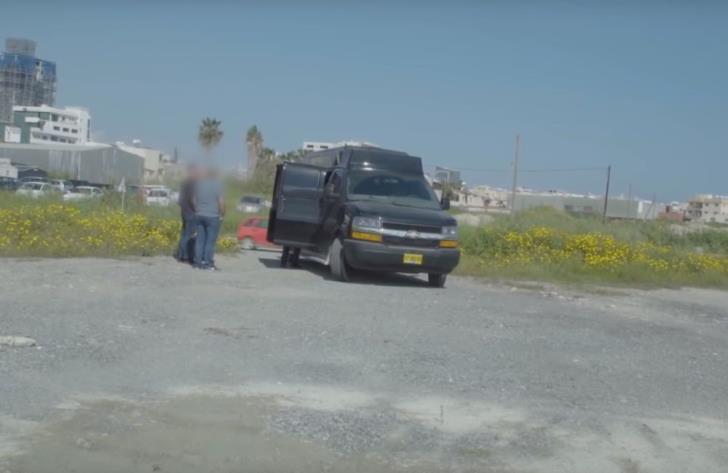 With the ‘spy van’ saga still in the news, the Israeli company which owns it on Friday issued a second statement demanding that Cyprus police investigate and find who stands behind the false accusations on WiSpear’s activities.

“We would like to strongly express our surprise and annoyance by the fact that we, both as a company, but also as citizens, are being the victims of a rumors campaign, full of innuendos and unsupported accusations by un-officials on the subject,” it said.

“A witch hunt with unclear to us motives and aspirations. Therefore, the company demand that the police would investigate and find who was standing behind the false accusations on the company’s activities,” it added.

The statement also said that WiSpear withholds its right to seek legal compensation for misrepresentations that cause deliberate and irreversible damage to its public image and business activities.

The new statement comes hours only after a meeting between President Nicos Anastasiades and Opposition Akel leader Andros Kyprianou on the controversial and embarrassing for Cyprus issue. Also attending the Presidential Palace meeting were the Police Chief and the Justice Minister.

Akel keep asking what the government is doing to protect personal data and privacy.

After Friday’s meeting, Kyprianou told reporters that Police appear to have had some sort of collaboration with a company under investigation in connection with illegal surveillance.

He also said that the Attorney General could possibly appoint an independent  committee to look into the case considering the fact that police has had some sort of collaboration with the company in question.

On Wednesday, WiSpear issued a statement making clear that its confiscated vehicle has not been active within Cypriot territory other than for demo and field tests purposes only.

“The car has not been active within Cypriot territory other than for demo and field tests purposes only and on company owned devices, and under the guidelines of the local authorities and acknowledgment,” the statement said.

“The company was incorporated in 2013 and started operating in early 2017…The shareholders of this company never had any dealings with any political party whatsoever, either on a personal or professional basis,” it added.

In the meantime, the Jewish Community of Cyprus also issued a statement on Friday rejecting all allegations in recent articles published in the media.

The statement also said that since 2014 the head of the “Jewish Community of Cyprus” is businessman Avraham Shahak Avni and Rabbi Arie Zeev Raskin is the religious leader – “both of whom are highly respected by the  community.”

One of Anvi’s companies has also been linked to the “spy van” story.

At the same time, the law firm representing Avni issued a separate statement on Friday saying a letter had  been sent to the Police Chief denouncing leaks concerning their client.

The statement also warned that criminal offences were likely to occur and called for the immediate intervention of the police chief.