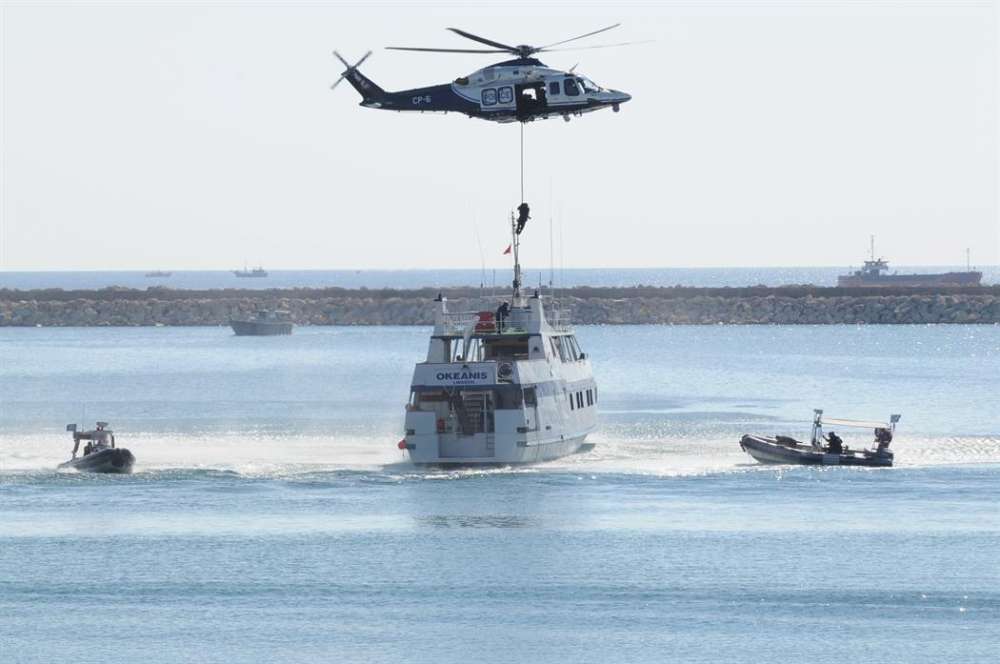 Over 40 countries, are taking part in or will be observing the international maritime search & rescue exercise “Argonaut 2018” which takes place in Larnaca, on 23 and 24 May. “Argonaut’s scenario this year simulates a non combatant evacuation from the Levant into Cyprus,” a British High Commission press release issued here today says.

It continues noting that “over 40 countries are participating in or will be observing the exercise.”

The exercise “will include a search and rescue phase at the end of the week and a live exercise at Larnaca port simulating the arrival of large numbers of evacuees into Cyprus, with local authorities working alongside other nations to manage the situation.”

According to the press release “the UK contributes in this year’s exercise with its biggest ever number of participants, including three officers from the UK Border Force, a team of Foreign Office officials including four officers from Rapid Deployment Teams and the Senior Planner from the Crisis Management Department, as well as officers from Department for International Development. Two consular officers from the British High Commission will also be participating.”

It adds that “20 volunteers from the British community on the island will take part, helping to make the exercise as realistic as possible with their acting skills which will be used for the live elements both at the Kition Handling Centre and at the Port at Larnaca.”

For the first time this year, British maritime assets -namely HMS Echo- will take part in Argonaut, while military officers from the Sovereign Base Areas will also participate.

“The UK gives great importance to these exercises which help participants learn how to respond in times of crisis. We will continue working towards strengthening our cooperation with Cyprus in crisis response, to the benefit of both countries”, British Deputy High Commissioner Ian Whitting said.