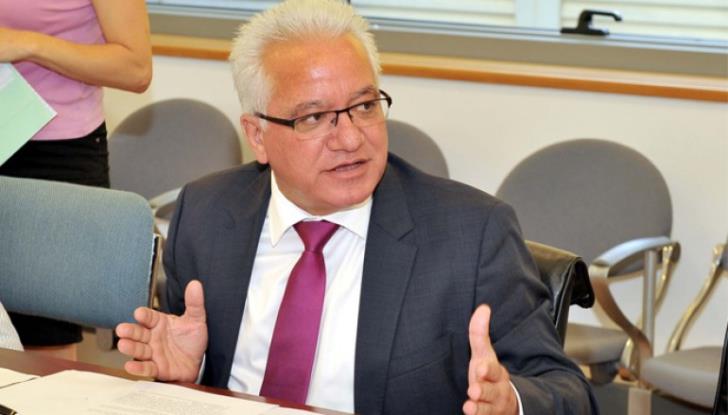 Outgoing Justice Minister Ionas Nicolaou, who submitted his resignation following an uproar over the way police handled cases of missing women and children later found to be the victims of a self-confessed serial killer, will stay in his post until June 1, government spokesman Prodromos Prodromou said.

He told reporters after a meeting of cabinet on Wednesday that President Nicos Anastasiades had asked Nicolaou to stay on for another 15 days because a number of issues relating to judicial reform were still pending. The minister is expected to hand over his portfolio on June 1.

The minister resigned on May 2 for “reasons of political integrity” and insisted that he had no involvement in or responsibility for police investigations into the case of the disappeared women and children.

Police chief Zacharias Chrysostomou was dismissed by the president a few days later.

In an announcement shortly after Nicolaou’s resignation, the president said that he “accepted the resignation with sadness as I am losing one of my closest partners. I wish to highlight Mr. Nicolaou’s political integrity.”

The President added that the Minister “leaves great work behind him, especially in the sector of structural changes in the justice and prison system as well as in the police force.”

By In Cyprus
Previous articleA total of 641,181 people eligible to vote in the EU elections in Cyprus
Next articleAlabama Senate bans nearly all abortions, including rape cases