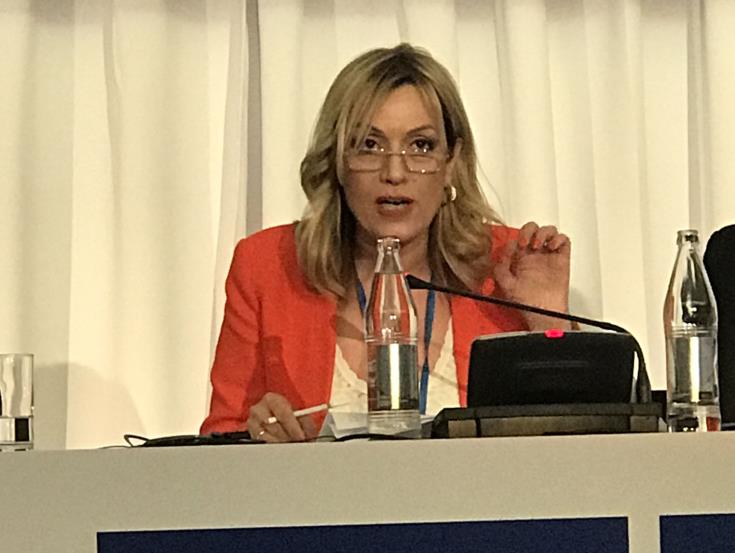 OSCE Parliamentary Assembly Special Representative on Fighting Corruption, Cypriot MP, Irene Charalambides, held meeting this week in Vienna with representatives from the United Nations and OSCE. According to an OSCE press release, Charalambides has explored with counterparts avenues for co-operation and developing ways for OSCE parliamentarians to counter corruption’s detrimental effects.

Charalambides met with the Executive Director of the United Nations Office on Drugs and Crime (UNODC), Yury Fedotov, as well as with the Director of the Economic Crime Branch, Brigitte Strobel-Shaw. The UN representatives showed a strong interest in developing a co-operative relationship with Charalambides, including in the context of the UN Convention against Corruption review system, and discussed several upcoming high-level policy events, the press release said.

Charalambides also met with representatives of the Permanent Mission of the Slovak Republic to the OSCE, to discuss the Slovak OSCE Chairmanship’s anti-corruption work, and Ambassador Kairat Sarybay, the Chairperson of the OSCE Economic and Environmental Committee. With OSCE representatives, Charalambides discussed concrete initiatives through which parliamentarians could add value in this complex field.

“I am eager to work in co-operation with all key stakeholders, first and foremost the OSCE and the UN, in countering corruption and its detrimental effects on our security and freedoms,” Special Representative Charalambides said.  “Corruption poses a serious threat to security, facilitates international crime and the financing of terrorism, undermines the rule of law, erodes the legitimacy of institutions, impedes social and economic development, and contributes to human rights violations. Countering this scourge must be at the top of the international community’s agenda,” she added.

Meetings continued with additional OSCE representatives, including Ambassador Igli Hasani, Head of Permanent Mission of Albania to the OSCE, for discussions on anti-corruption priorities of the upcoming Albanian OSCE Chairmanship. She also met with Paul Bekkers, Director of the Office of the OSCE Secretary General; Ambassador Vuk Žugić, Director of the Office of the Co-ordinator for Economic and Environmental Activities; and several members of the OSCE Secretariat working in the economic and environmental dimension.

All of Charalambides’ interlocutors have welcomed the appointment of a new OSCE PA Special Representative to deal with the issue of corruption and have acknowledged the important role of parliamentarians in preventing corruption through legislation and oversight.

Charalambides was appointed Special Representative on Fighting Corruption by OSCE PA President George Tsereteli (MP, Georgia) in July. She works to raise awareness of the urgency to effectively combat corruption at all levels and to promote a greater understanding of the security threats stemming from corruption.

She co-authored, along with OSCE PA Vice-President Margareta Cederfelt (MP, Sweden), the resolution “The Role of National Parliaments in Preventing and Combating Corruption in the OSCE Area,” adopted at the OSCE PA`s Annual Session in Luxembourg in July.