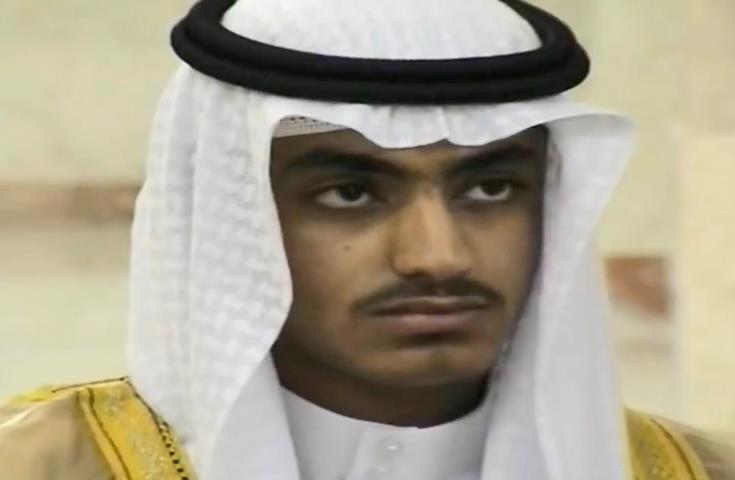 Hamza bin Laden, a son of slain al Qaeda leader Osama bin Laden and himself a notable figure in the militant group, was killed in a U.S. counter-terrorism operation, the White House said on Saturday.

A White House statement said the operation took place in the Afghanistan-Pakistan region.

“The loss of Hamza bin Ladin not only deprives al-Qa’ida of important leadership skills and the symbolic connection to his father, but undermines important operational activities of the group,” the statement said.

Hamza, believed to be about 30 years old, was at his father’s side in Afghanistan before the Sept. 11, 2001, attacks on the United States. He also spent time with his father in Pakistan after the U.S.-led invasion of Afghanistan pushed much of al Qaeda’s senior leadership there, according to the Brookings Institution.

The U.S. State Department designated Hamza a global terrorist in 2017 after he called for acts of terrorism in Western capitals and threatened to take revenge against the United States for killing his father.

Reuters reported on July 31 that Hamza had been killed, citing a U.S. official with knowledge of the matter. But Saturday’s statement represents the first time the U.S. government has confirmed the operation.

Cyprus will stand by Lebanon, FM wrote in Book of Condolence

Cyprus will stand by Lebanon during these challenging times and will provide all possible aid and support in an effort to alleviate the immense...
Read more
Local

A four-member team of "Volunteer Doctors Cyprus" departs on Sunday for Beirut to offer assistance at local hospitals. The team will provide help for the...
Read more
Local

Cyprus’ Minister of Agriculture Costas Kadis said on Friday that he expects a joint meeting to be arranged with competent European Commissioners, in order...
Read more

Prime Minister Kyriakos Mitsotakis said on Friday that the agreement between Greece and Egypt for the delimitation of their maritime zones, reached on Thursday,...
Read more
Local

Cyprus rescue teams which are in Lebanon began their operations since 7 am on Friday, in cooperation with a team from Qatar in Beirut`s...
Read more
World